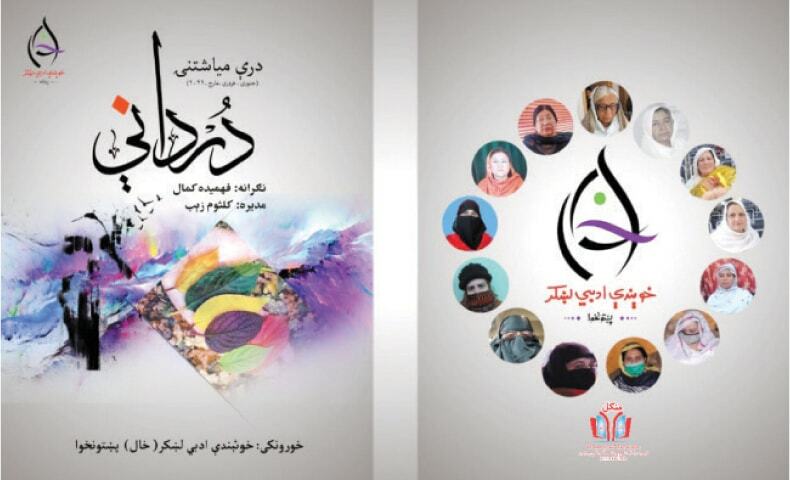 PESHAWAR: Khwendy Adabi Lakhkar, a women’s literary organization based in Peshawar, has launched its first quarterly Pashto magazine titled ‘Durdanay’ to encourage literate women to raise their voices for their rights through creative writing.

“Being an inguinal edition of our first attempt, the quarterly magazine should be seen as the first step towards opening a window to the world of literature to be created by women writers,” writes Kalsoomzeb, the magazine’s publisher. .

She said the magazine would not only reclaim the contribution of women writers of old, but also provide a space for modern Pashtun literati to confidently express and share their opinions. “Some poetic and fictional pieces from the works of old female writers have been included in this introductory edition,” she added.

Professor Ismail Gohar, Chairman of Adabi Majlis Pakhtunkhwa, in his remarks, says that the role of Pashtun literary magazines started in 1854 with the publication of “Islam” and continued, but some were limited to a particular area and others covered larger areas while many focused on political outreach.

“These days, quality books are rare, as is the shortage of literary journals in the Pashtun language. Given the spirit of female writers, it is expected that “Durdanay” will carve out a niche for itself in literary circles. He would serve as a spokesperson for Pashtun literate women,” he said.

The annual subscription to the magazine is set at Rs500 and per copy at Rs50.

Professor Salma Shaheen, a well-known writer and former head of the Pashto Academy at the University of Peshawar, while sharing her views on the magazine, wrote that Kalsoomzeb was a restless writer and always remained eager to empower women writers to contribute to society.

“No society can be complete without the role of women. When it comes to the creative arts, women are no exception. Their voice cannot be silenced because women have no choice but to speak up. Their role is holistic and not piecemeal and I strongly believe that popular Pashtun literature is very indebted to women,” she said.