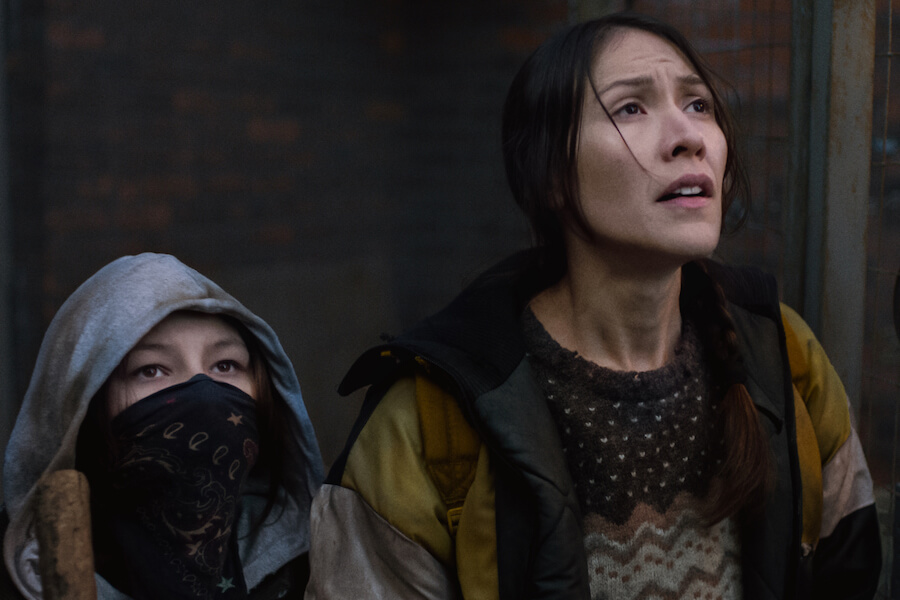 Danis Goulet’s dystopian Night Raiders was one of the most visible Canadian films of the year.

It’s December, everyone’s making their year-end list and, as always, the Toronto International Film Festival has the advantage over us by announcing the features and shorts selected for TIFF Canada’s Top Ten. of this year.

Some titles were, let’s say, expected: Danis Goulet’s allegorical dystopian knockout Raiders of the night was the most visible Canadian film of the year, touring the festival circuit straight into a theatrical release in October. Shasha Nakhai and Rich Williamson’s adaptation of Catherine Hernandez’s novel Scarborough was the first finalist for the Audience Award at TIFF; that of Ivan Grbovic Drunk birds (reviewed here) is Canada’s official nomination for this year’s International Film Oscar.

that of Sébastien Pilote Marie Chapdelaine is a lush literary adaptation by a rising Quebec director; All my little sorrows would be the austere English Canadian analogue, with Michael McGowan adapting Miriam Toews’ 2014 novel into a pas de deux for Sarah Gadon and Alison Pill. And that of Eric Warin and Tahir Rana Charlotte is an ambitious animated biopic of German-Jewish artist Charlotte Salomon – voiced by Keira Knightley – who left nearly a thousand paintings before she died in Auschwitz at the age of 26.

It’s a little surprising to see All My Puny Sorrows making the cut, as it wasn’t exactly adopted by critics when it premiered at TIFF in September. On the flip side, it’s as close to a star image as this country produces, and McGowan is a regular presence on TIFF’s year-end lists. (The organization has been collecting its end-of-year laurels internally for several years now, no longer relying on review panels or industry figures.)

But then there are the four features that complete the list, none of which seemed like a sure thing – and all of which deserve more than the Top Ten spotlight.

There’s Rhyne Vermette’s Ste. Anne (examined here), an expertly structured and beautifully photographed story of a controversial family reunion outside of Winnipeg. And that of Thyrone Tommy Learn to swim, a thoughtful and complex drama about a young jazz musician who makes the filmmaker a solid new voice in Canadian cinema. Igor Djrlaca The White Fortress refracts a Romeo and Juliet love story through a modernist lens in postwar Sarajevo, and Jennifer Holness Subjects of desire, the only documentary to make the cut, is a very timely examination of how the systemic racism embedded in the North American beauty ideal so often excludes black women.

Djrlača’s production partner Albert Shin has his own project in this year’s Top Ten Canadian Short Films; Together, his spare study of two strangers who meet at a remote Korean hotel, made the cut alongside Khadijah Roberts-Abdullah and Araya Mengesha DEFUND, Alanis Obomsawin Honor to Senator Murray Sinclair and Terril Calder’s Meneath: the hidden island of ethics and that of Fawzia Mirza Syed Family Christmas Eve Game Night, which all screened at TIFF in September in the same YYZ Shorts program featuring local filmmakers.

that of Zacharias Kunuk Angakusajaujuq – The Shaman Apprentice and animation by Marie Valade Boobs also screened at the festival; Kunuk’s film won the IMDb Pro Short Cuts Award for Best Canadian Film. Three other Quebec projects, that of Sarra El Abed There is no time for women, Sandrine Brodeur-Desrosiers and Carmine Pierre-Dufour Fanmi and that of Annie St-Pierre The Grandes Claques, were snatched from other festivals.

The 20 titles on this year’s lists came from Manitoba, Ontario and Quebec. Angakusajaujuq is a Nunavut-Ontario collaboration, but there’s nothing western or eastern Canada at all, which I’m pretty sure is a first.

Four of this year’s feature films and eight of the shorts were directed or co-directed by women, and the lists include five Indigenous filmmakers.

Subjects Of Desire and Night Raiders are now streaming on TIFF’s digital platform, and Drunken Birds is currently playing the TIFF Bell Lightbox; Maria Chapdelaine is streaming on other VOD platforms and will air on TIFF digital on December 14. Scarborough is expected to be screened in the New Year. Details of other in-person screenings will be announced in the coming weeks.

There is no time for women Sarra El Abed | Quebec

A longtime Torontonian, Norman became lead writer for NOW in early 2008. Previously, he had edited films for Metro newspapers across Canada and covered every video format imaginable (yes, even Beta).

21 confirmed cases of Omicron in India