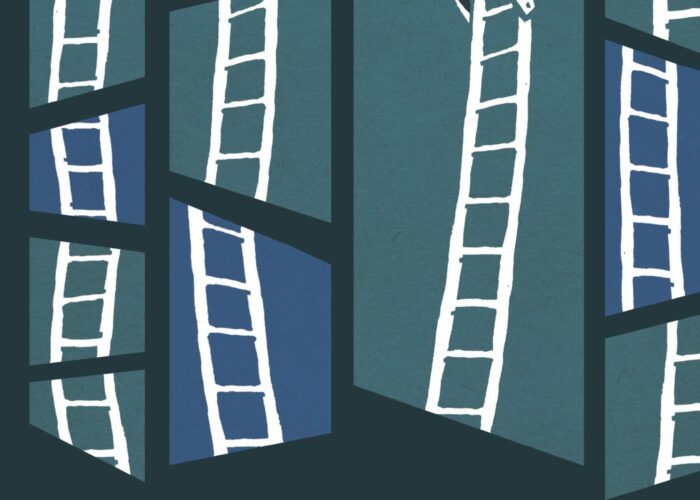 Have you ever noticed that as you get older, everyone gets younger? I first noticed this when professional baseball players started looking like high school kids. Then doctors, cops, teachers. How did it happen?

I remembered this when I saw Drift News (thedriftmag.com), advertised as “a bold literary review” in the Sunday Styles section of The New York Times recently.

A quick aside: my nephew jokes that Sunday Styles is a place that invents trends and then writes about them. Personally, I love the feature of his Social Q, where letter writers worry about whether it’s okay not to invite obnoxious parents to parties or whether they should step in when a neighbor’s dog not getting enough exercise. And I’m saving the jaw-dropping wedding stories in Vows for dessert. But I digress.

The Drift, according to its editors, young Harvard alumni Rebecca Panovka and Kiara Barrow, “aims to present new work and ideas from young writers who have not yet been absorbed into the collective mind of the media and who do not feel confined within the confines of existing discourse.

The two editors were photographed at a table with a group of stunningly gorgeous contemporaries (none of whom appear to be in their 30s), clearly discussing highly intellectual topics. Naturally, I immediately adopted an attitude.

When I think of prestigious literary journals, the Revue de Paris comes to mind. It was founded in 1953 and on the model of the independent literary reviews published in Paris in the 1920s, George Plimpton being its first editor. Plimpton was perhaps the best known for hisparticipatory journalism”, including accounts of his active participation in professional sporting events, comedy act to Caesar’s Palace in Vegas and play percussion with New York Philharmonic.

Under Plimpton, the quarterly helped launch the career of Philip Roth, Jack Kerouac, Raymond Carver and Adrian Rich, among others. It was one of the first American journals to publish Samuel Beckett.

Other literary reviews that come to mind are Plowshares, Tin House, Granta, the Threepenny Review and Zyzzyva, the latter two being published locally. Also n+1, and the Believer, co-founded by local writer Vendela Vida and originally published by McSweeney’sSan Francisco’s independent press founded by David Eggers.

I’m perversely happy when my smirk is unfounded, which is exactly what happened when I peeked adrift.

The latest issue contains novels by five young writers who apparently avoided being absorbed in the hive mind of the media. I particularly liked “A History of Pigs in America” ​​by Hannah Kauders, an unconventional short story that describes how we often don’t understand those we love.

What I like even more in the Drift are the tests, which do not hesitate to skewer sacred cows. by Oscar Schwartz “What was the TED Talk?​: A few thoughts on the “Inspiring,’ ” who offers a return on TED, the live and video forum which presents scientists, researchers, technologists, business leaders, artists, designers and others pitching what he says are “ideas worth sharing.” Each presentation lasts only 18 minutes. People pay $5,000 to $50,000 to attend TED’s annual flagship conference.

Schwartz says: “Stylistically, the inspiration” – his motto for describing the ethos of TED talks – “is serious and contrived. It’s smart but not quite intellectual, personal but not sincere, prankish but not funny. It is an aesthetic of populist elitism. Politically, the inspirer practices a certain form of progressivism, as he is concerned with making the world a better place, even vaguely.

He quotes media theorist Benjamin Bratton, who, ironically at a TED spin-off conference called TEDx, said TED’s influence on intellectual culture is “to take something with value and substance and to hollow it out so that it can be swallowed without chewing”.

I also admired the audacity of Nicholas Whittaker “Case sensitive: Why We Shouldn’t Capitalize ‘Black’.’ “According to Whittaker,”The capital letter is not in itself a marker of understanding or respect: in the same way that the capital letter “Boise” does not signify any particular respect or love for the city.

Whittaker goes on to say that mainstream media may have pushed the change “out of a desire to appease black voices they had previously ignored.”

I have long felt that the New Yorker, that literary paragon edited by David Remnick, is getting a little stale. So get moving, David. There’s a new mob in town, and they’re shooting at you.

Himesh Patel shocked by the cast of Don’t Look Up | Partner Content: Arts, Films and TV