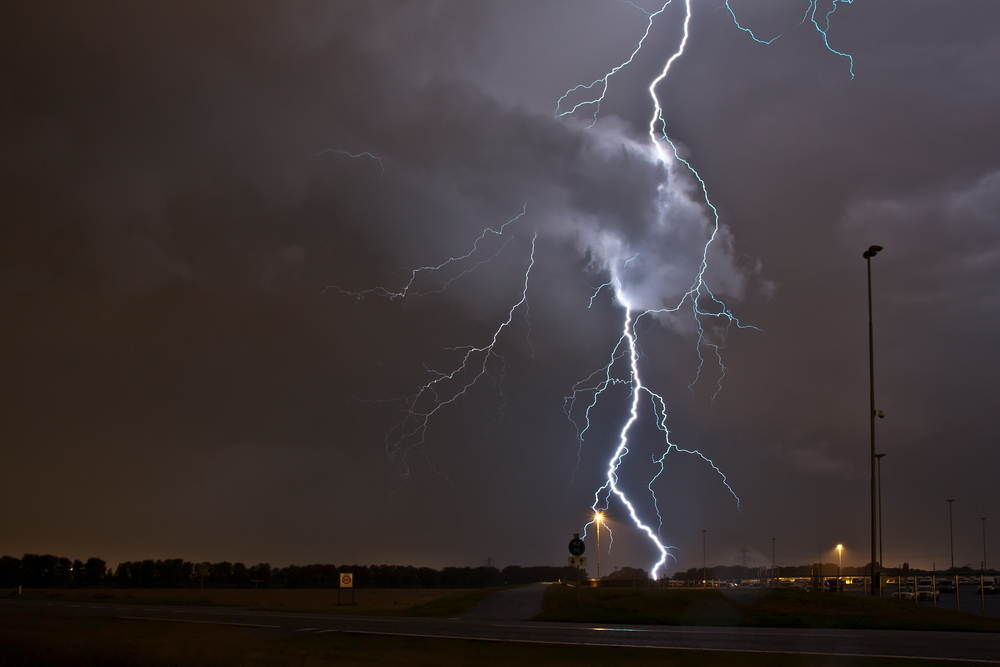 There was less lightning during COVID lockdowns, research shows

(Inside Science) — In the spring of 2020, as the coronavirus spread and many places around the world imposed lockdowns, humans were using less energy and many were spending more time at home. As a result, air and water have become cleaner, fewer animals were killed by vehiclesand the world has become calmer.

Now researchers think they’ve found another impact of lockdowns: less lightning in the spring of 2020.

Scientists believe that tiny particles in the atmosphere called aerosols contribute to lightning and that human activities such as burning fossil fuels release aerosols. A study published last year showed that since humans released fewer aerosols during lockdowns, the concentration of aerosols in the atmosphere decreased. Last month, researchers at the American Geophysical Union meeting in New Orleans presented results showing that this drop in atmospheric aerosols coincided with a drop in lightning.

Earle Williams, a physical meteorologist at the Massachusetts Institute of Technology who presented the research, said the team used three different methods to measure lightning. “All results showed the same trend, i.e. a decrease in lightning activity associated with a decrease in aerosol concentration,” he said.

Some aerosols in the atmosphere can collect water vapour, forming cloudy droplets. Williams said that when there are more aerosols, the water vapor in the cloud is distributed among more droplets, so the droplets are smaller and less likely to coalesce into larger rain droplets. big. These smaller droplets remain in the cloud, promoting the formation of small hailstones called graupel and even smaller ice crystals. Collisions between graupel and crystals produce negatively charged graupel in the middle part at the bottom of the cloud and positively charged crystals at the top of the cloud. Scientists believe that this large difference in charge between the two parts of the cloud causes lightning.

But when there’s less pollution and the clouds form larger, warmer rain droplets, “you starve the cloud of the ice particles it needs for charge separation, and you’ve reduced lightning activity,” Williams said.

When countries locked down at the start of the pandemic, humans emitted fewer aerosols into the atmosphere. Output from power plants that burn fossil fuels has plummeted. People also drove less. “Automotive traffic has a large impact on the production of surface aerosols,” Williams said. Similarly, pollution from air travel has decreased significantly.

Another method examined global electromagnetic resonances called Schumann resonances. Williams said their intensities would be proportional to the number of lightning strikes occurring, and these measurements also indicated that there was less lightning in 2020.

Additionally, the results showed that locations with more dramatic reductions in atmospheric aerosols also tended to have the largest lightning reductions. Southeast Asia, Europe and most of Africa have seen some of the largest reductions in atmospheric aerosols and lightning, while the Americas have seen less dramatic changes. Williams said he did not know why there was a smaller reduction in aerosol concentration in the Americas, but he pointed out that an increase in aerosol concentration in northern South America could be due to fires.

One of the reasons researchers want to understand lightning is that lightning affects the atmosphere. Williams said lightning strikes produce nitrogen oxides, which contribute to air pollution. “This atmospheric chemistry is definitely influenced by lightning activity,” he said.

This story was published on Inside Science. Read the original here.

Inc. Magazine ranks Clearwater Company among the best in the Southeast