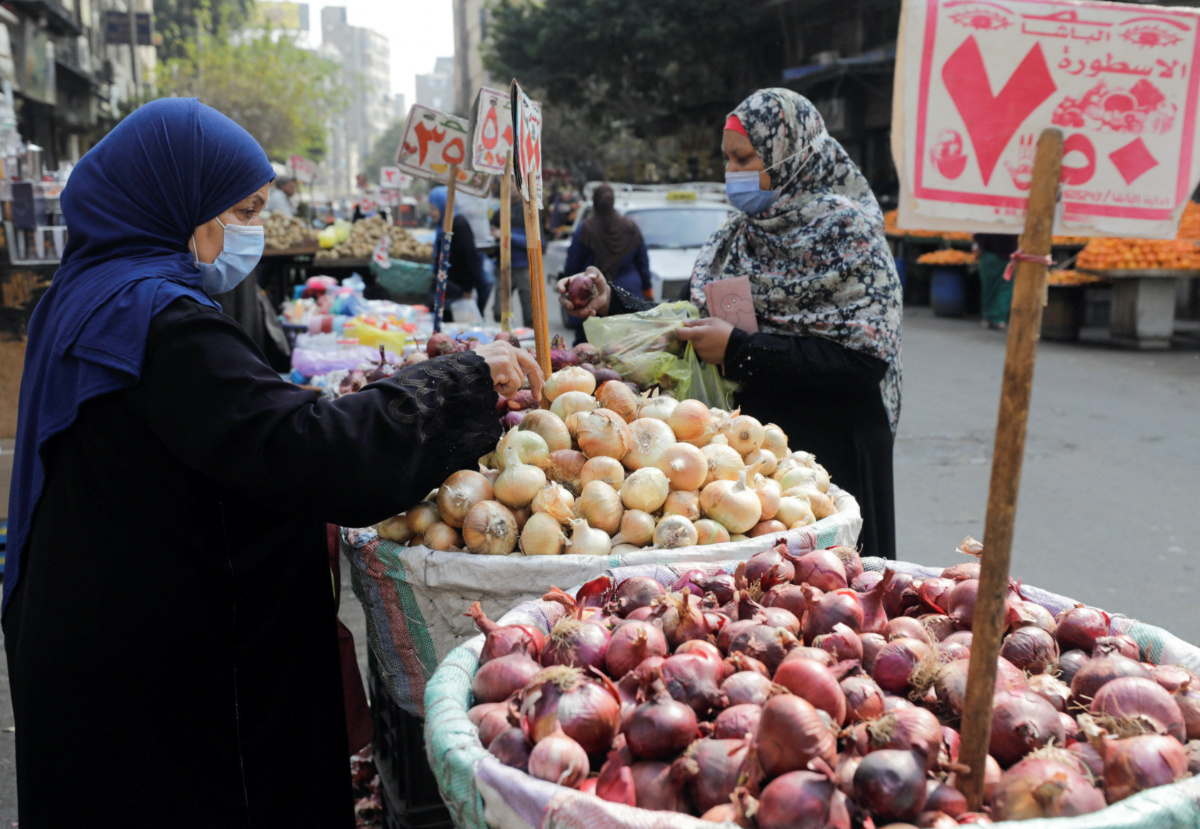 Nagat Mohamed was in a desperate situation. After sales plummeted at her clothing store in Egypt’s Nile Delta, she took out a loan from a microfinance company to keep the business going, but also didn’t earn enough to repay it.

To escape default, the 43-year-old entrepreneur turned to a traditional money-lending system known as “gameya” – revived with a 21st-century twist as an app.

“It was a real lifeline,” Mohamed told the Thomson Reuters Foundation by telephone.

“I couldn’t sleep because of the debt, but finding this app saved me and my kids. “

A gameya is a type of community savings pool that also functions as a peer-to-peer lending system.

Members deposit a fixed and equal amount of money into a pool each month. At the end of each month, one person receives the full amount until everyone has had their turn.

While gameyas have long been organized informally and offline, they are now offered through apps as part of a technological transformation that is revolutionizing the financing of cash-strapped Egyptian women entrepreneurs.

While gameyas have long been organized informally and offline, they are now offered through apps as part of a technological transformation that is revolutionizing the financing of cash-strapped Egyptian women entrepreneurs.

One in five Egyptian workers is female, according to the World Bank, many of whom run their own small businesses or home-based initiatives.

This makes it difficult to obtain a loan from banks, which require documents proving a fixed salary or ownership of a store. Micro-lenders, on the other hand, typically charge exorbitant interest rates of up to 40 percent.

Many online gameyas have no interest rates, and registration requirements are minimal – just upload ID, sign a contract in person, and provide monthly tax returns.

The apps also allow members to pay fees to be among the first to receive payment, allowing them to quickly settle old debts and avoid taking on new loans with expensive interest rates.

Mohamed turned to an online app called MoneyFellows to help him repay the 15,000 Egyptian pounds ($ 954) she owed the microfinance company for her shop.

“Two months ago, I finally paid off my loan. I am joining another financial circle to develop my business and finance my daughter’s marriage,” said the mother of three.

Many Egyptian women entrepreneurs turned to the Gameya model during the pandemic, which hit small businesses hard.

Three-quarters reported a decline in activity in 2020 and 9% had to shut down entirely, according to a survey by the Egyptian Planning Ministry.

“People are showing a growing interest in online savings systems because they are simple, easy to use and have low interest rates,” said Ahmed Wadi, CEO and founder of MoneyFellows.

The number of female entrepreneurs using the app has grown from around 20,000 before the pandemic to around 150,000, representing around 6% of its 2.5 million users.

Women represent one in three users of another application, ElGameya, and typically seek loans of around £ 15,000.

“There was already a need for our business,” said founder Ahmed Mahmoud Abdeen.

“Women were already joining offline gameya apps or borrowing from friends and family to pay off loans or grow their businesses. We only made it easier for them. “

Part of the appeal is flexibility.

If ElGameya borrowers want their repayment within the first four months of the loan circle, they pay a monthly interest rate of up to nine percent. But if they accept a longer wait, the interest charges are waived.

Amal Abdel Aty, who owns a home utensil store in the Nile Delta town of El Mahalla El Kubra, said she was forced to borrow from friends and sell some of her goods to meet the repayments of two loans she had contracted with microfinance companies.

Three months ago, she joined a £ 12,000 loan circle at ElGameya and has already received the entire pot, allowing her to repay the first microfinance loan.

“I will go into another round and I hope the other loan will be paid off by the middle of next year,” Abdel Aty said with relief.

Revive old systems
Gameya loan applications are not regulated, but the central bank is working on an authorization system.

According to Yomna El Hamaki, professor of economics at Ain Shams University, moneylender circles have a long history of improving access to finance for marginalized communities, especially in urban areas.

There is also a religious element.

“In a Muslim society like Egypt, people generally prefer to enroll in gameyas rather than going to banks or other financial institutions that offer loans at interest rates that many consider prohibited. Muslims, ”El Hamaki said.

And with the economies stifled by the pandemic, they have become an online lifeline for aspiring Egyptian female business leaders.

“These apps are a buffer for many people whose finances have been affected by the pandemic,” she said.

“It’s better than traditional loans or gameyas because they provide easier, faster and more reliable access to finance, especially for women who don’t have it.”