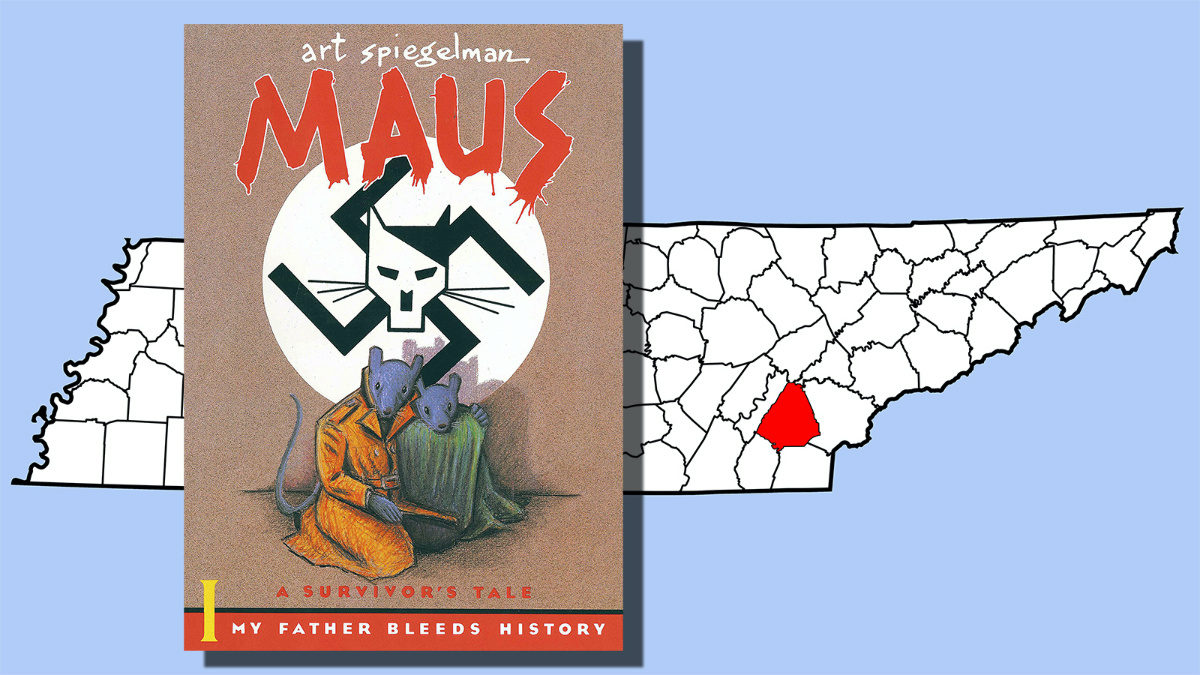 Sight Magazine – Sight-Seeing: Let school children read “Maus”, lest they read at all

Last month, a Tennessee school district voted to remove the Pulitzer Prize-winning graphic novel from its reading lists. Maus by Art Spiegelman, which imaginatively tells the story of the author’s Jewish parents, particularly the father’s experiences as a Holocaust survivor, through a fictional story of a family of mice being persecuted by cats.

Such material – a reflection of real events that happened to real people – is indeed heavy reading for adults, let alone young people. It’s a story we wish we never needed to tell. But these stories happened and are happening.

The decision of when it is appropriate for children to confront such truths about our world is not easy and differs from child to child. One of the great gifts of good literature is that it allows us to learn about the world, both its goodness and its lack of goodness, in ways we could never experience for ourselves.

However, the horror of this real story is not the reason Maus was removed from the McMinn County school curriculum. Rather, the school board removed it due to an illustration of a nude character and the book’s “inappropriate language”.

“What is more important than What we read is this We read.”

This is perhaps one of the most puzzling challenges for books in schools, of which it is only the latest: the American Library Association reported that “273 books were affected by censorship attempts” just in 2020.

It is important to note that books are selected and deselected for library shelves and school curricula all the time, and not selecting one book or another is not necessarily censorship. Updating a curriculum by replacing lesser quality books with better ones is also not censorship.

Even so, it is not surprising that the removal of Maus in a small county southwest of Knoxville made such big news. Politicians, pundits and crooks on both sides of the political aisle have a lot to gain by whipping people into a frenzy and profiting from polarization. The fact that the decision came at a time when anti-Semitism and Holocaust denial are increasing worldwide adds to its importance.

But rather than discussing the merits of Maus (this is a very important and powerful piece of literature), its age appropriateness (most 10 year olds probably see worse things on their phones every day) or the specific ways in which this decision was made, the event offers us a possibility to consider the books of power do not have in What they say, but How? ‘Or’ What they say.

What’s more important than What we read is this We read.

It has always been true. But in the digital age where we are attacked all day long, for deleterious effectby images, music, pop-ups, headlines, clickbait, TikTok videos, Facebook videos, Instagram videos, cat videos, dog videos and button popping videos (the list is exhausting!), taking the time to read is more important than ever – especially for minds that are still growing and developing.

Unfortunately, a new report from National Assessment of Educational Progress shows that the number of nine- and 13-year-old Americans who report reading for pleasure almost daily has fallen from nearly a decade ago to the lowest levels since at least the mid-1980s.

How does reading shape us? Philosophers, critics, cognitive scientists, and book lovers have answered this question, in different ways, for thousands of years. I think that in our current context – one in which reading good words and reading them well is increasingly rare, whether because of our own choices or circumstances beyond our control – there are new answers, or newly important.

This is because words require interpretation, especially those used artfully.

We live in a time marked by perhaps nothing more than impoverished interpretive skills. Part of the polarization we are experiencing now is due to genuine disagreements, of course. But it is more often due to our inability to correctly interpret each other, our words and our ideas.

In fact, one of most contested textbooksby Mark Twain finn blueberry, offers a tongue-in-cheek lesson in this need for reading and interpreting skills. The reason often given for removing this book is its alleged racism. But the book actually criticizes, devastating, the racism of slavery. Recognizing this fact requires not only reading what the book says, but how it says it.

Literature – in a way that pictures and videos do not – forces us to interpret because letters are symbols. They have to be interpreted, otherwise they are just meandering lines on the page. The critical thinking inherent in the simple act of interpreting letters into words that form ideas is part of the very basis of modern civilization. (Interestingly, graphic novels like Maus further complicate these requirements by combining text and images in ways that require more interpretation by the reader.)

To put it more broadly and succinctly, the form of literature inherently promotes critical thinking by requiring interpretation. Books ask readers to consider things rather than do them. Learning to read well requires reading that challenges us, forces us to be attentive, to ask questions, to question ourselves and to reflect.

While parents should certainly be involved in choosing what their children read, and schools should carefully guide those choices, what should unite us is the desire to encourage each other to read more, not less.

Instead of taking Maus out of the box, families could read it, and so many other books, together – and then weep, wonder and pray together too.

Karen Swallow Prior is Research Professor of English, Christianity, and Culture at Southeastern Baptist Theological Seminary and author of several books, including On Reading Well: Finding the Good Life through Great Books (Brazos 2018). Her writing has appeared in Christianity Today, The Atlantic, The Washington Post, First Things, and Vox, among others.