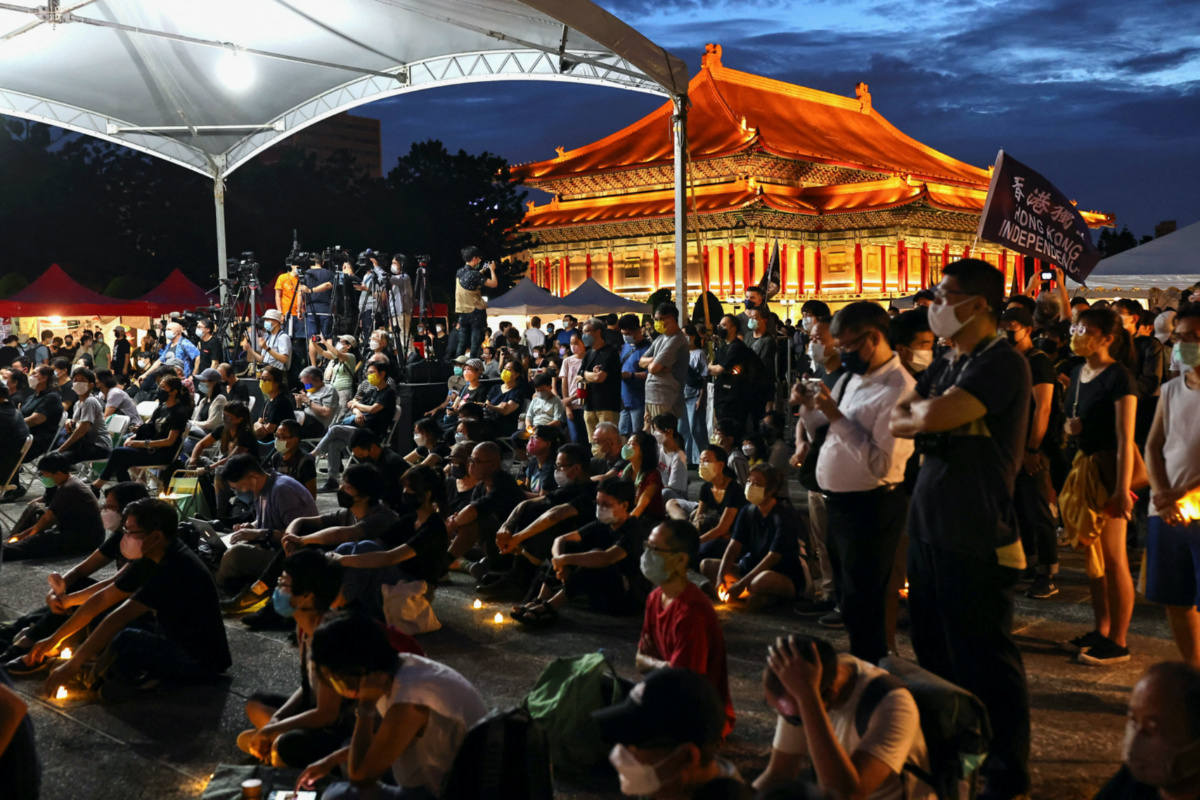 Hundreds of people gathered in Taipei on Saturday to commemorate China’s bloody crackdown on pro-democracy protesters in Beijing’s Tiananmen Square 33 years ago.

Chinese-ruled Hong Kong has deployed tight security to prevent any signs of protest there.

Saturday was the anniversary of the opening of fire by Chinese troops to end the student-led unrest in and around Beijing’s central square. China has never provided a full death toll from the events of June 4, 1989, but rights groups and witnesses say the figure could be in the thousands.

China bans any public commemoration of the event on the mainland, and authorities in Hong Kong have also cracked down, making democratic Taiwan the only part of the Chinese-speaking world where it can be openly remembered.

“It’s a symbol of how precious and fragile democracy is at the same time, and how people who care about democracy must defend it, otherwise authoritarians everywhere will think people don’t care.” , said author Jeremy Chiang, 27, attending the event at Liberty Square in Taipei.

Activists have assembled a new version of the “Pillar of Shame” – a statue commemorating Tiananmen protesters that a major Hong Kong university removed in December from its campus, where it has stood for more than two decades.

Cries of support in Hong Kong rang out after the erection of the statue.

Hong Kong leader Carrie Lam said this week that any event commemorating those killed in the 1989 crackdown would be subject to national security laws.

In Hong Kong’s Victoria Park, where people had gathered for an annual vigil before the COVID-19 pandemic hit, authorities blocked off major parts of the site and warned residents against unlawful gatherings.

Hundreds of police, some with sniffer dogs, patrolled the park and carried out stop-and-search checks. As night fell, floodlights illuminated an empty stretch of football pitches.

“Everyone is keeping quiet because they are afraid of being arrested,” said inside the park Victor, 57, a Hong Kong resident, who asked to be identified only by his first name.

China imposed a national security law on Hong Kong in June 2020, punishing acts of subversion, terrorism and collusion with foreign forces with up to life in prison. Beijing said the law was needed to restore stability after anti-government protests in 2019. 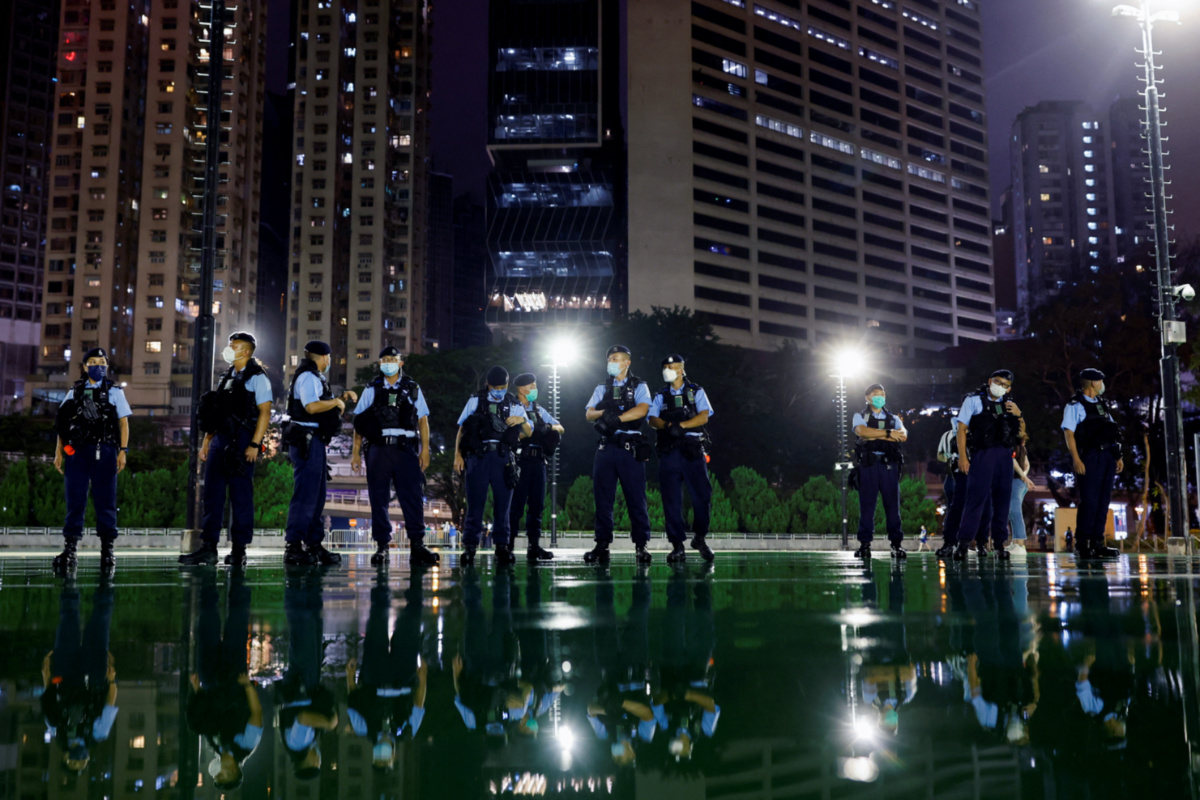 Police officers stand guard after announcing the closure of part of Victoria Park, where the candlelight vigil was being held, a day before the 33rd anniversary of the crackdown on pro-democracy protests in Beijing’s Tiananmen Square, Hong Kong , China , June 3. PHOTO: Reuters/Tyrone Siu

“To remember is to resist”
Since the legislation was imposed, individuals or organizations affiliated with the sensitive June 4 date and events marking it have been targeted by Hong Kong authorities.

Last year, police blockaded the Hong Kong park to prevent people from gathering to commemorate the anniversary and arrested the organizer of the planned vigil.

“To remember is to resist,” prominent Chinese human rights lawyer Teng Biao told Reuters from the United States. “If no one remembers, the suffering of the people will never end and the perpetrators will continue their crimes with impunity.”

In Taiwan claimed by the Chinese, President Tsai Ing-wen denounced “the collective memory of June 4 systematically erased in Hong Kong”.

“But we believe such brute force cannot erase people’s memories,” she posted on her Facebook and Instagram pages.

US Secretary of State Antony Blinken called the Tiananmen crackdown “a brutal assault”, adding in a statement: “The efforts of these brave individuals will not be forgotten.”

Chinese Foreign Ministry spokesman Zhao Lijian at a routine press conference on Thursday reiterated Beijing’s position on the events. “The Chinese government has long since come to a clear conclusion on the political incident that happened in the late 1980s,” he said.

A timeline of the history of Mpls.St.Paul magazine