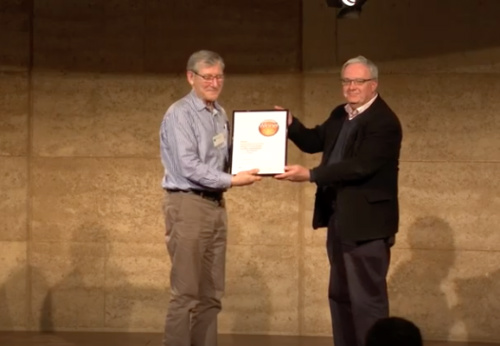 The Underground Forest: Hope for a Planet in Crisis tells how Rinaudo discovered a simple method to revive damaged trees instead of planting new ones while working with a Christian missionary organization in Niger. The system he developed – known as farmer-managed natural regeneration – has since greened some 18 million hectares of land in 27 countries, impacting millions of lives.

Rinaudo, who now works for World Vision Australia, accepted the award at an event on Thursday evening at St Alfred’s Anglican Church in Blackburn North, Melbourne. The award is presented by the Christian literature organization SparkLit.

PREVIOUSLY: TURNING DESERTS INTO FARMLAND: HOW AN AUSTRALIAN AGRONOMIST USED AN ANCIENT FARMING PRACTICE TO CHANGE THE LIVES OF MILLIONS

Other shortlisted books included John Dickson’s Bullies and Saints: An Honest Look at the Good and Bad of Christian Historyby Greg Sheridan Christians: The Urgent Case of Jesus in Our World and that of Mandy Smith Unfettered: imagining a childlike faith beyond the baggage of Western culture.

back to the top