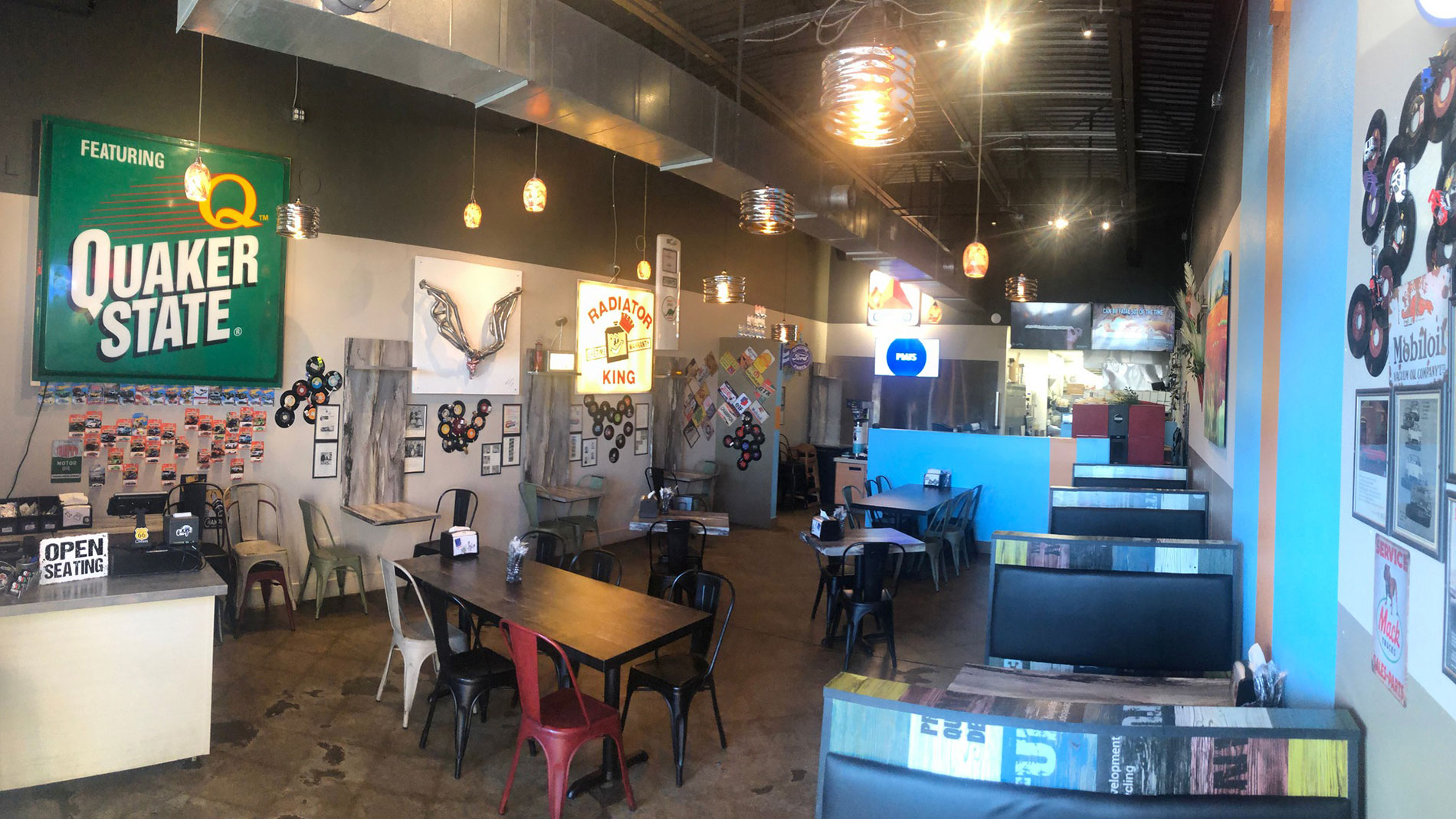 Chappy’s, a car-themed burger and fried chicken joint, is now open at 1031 Century Drive in Edwardsville. The restaurant was previously known as So’Pasta, but owner Ryan O’Day – who also owns Wang Gang Asian Eats next door – has decided to change its name, turning it into Chappy’s. He said Chappy was the “avatar” version of him.

“When we reopened So’Pasta [after] Covid, we had Chappy’s fried chicken on our menu,” O’Day said. “Turns out the fried chicken was selling way more than anything. [We] I looked back at him and said, ‘How about we scrap the whole thing? Why not just call it Chappy’s and offer burgers [too]?’”

Retaining some of So’Pasta’s pasta selection, O’Day has expanded Chappy’s menu to include many more – attracting more customers than before. In fact, O’Day said Chappy’s hit its two-month sales target on the second day of opening.

O’Day, who is particularly enthusiastic about Chappy’s selection of burgers, recommends several fan favorites. First up, the Hot Mess burger features Chappy’s secret sauce, Imo’s Pizza Provençal cheese, pastrami and sriracha. Next, the Cheesehead burger comes with fried mozzarella sticks and, according to O’Day, it’s “stupidly good.” There’s even a burger with peanut butter and jelly called the Wheelhouse Burger.

“Creekstone Farms is the burger brand we sell,” O’Day said. “It’s a mix of beef and brisket [that] you have to try for yourself. were [also] trying to keep things affordable and for the price this is a great burger.”

The chicken side of the menu includes traditional bone-in fried chicken, as well as tenders and sandwiches. Customers can also choose from a selection of salads, including Buffalo Chicken Salad, House Salad, and Strawberry Salad.

For drinks, once the liquor license is approved, the restaurant will serve beers and sodas from local stalwart 4 Hands Brewing Co. O’Day has even whipped up an assortment of boozy milkshakes. “Boozy milkshakes are all the rage, but I think they’re here to stay,” O’Day said. “We will have three or four permanent flavors, and we will have fun with weekly or monthly flavors. We will have some mixed with RumChata, Jameson Orange [and] a beautiful rum liqueur with roasted coconut. The sky’s the limit with what’s available out there, when it comes to flavors.

As for the restaurant vibe, Chappy’s is decked out in automobilia, and O’Day hopes it can bring people of all ages together. The restaurant features various automotive artwork and posters, and even offers a free Hot Wheels car with every child’s meal. O’Day is also gearing up to host a weekly car show. “Every Sunday from 11 a.m. to 2 p.m. there will be an open car show,” O’Day said. “If you have a car that’s cool, dress it up [and] we’ll give you a place to go.

The 1,400 square foot restaurant has 44 seats inside, plus eight seats at the bar. There will also be outdoor seating for approximately 12 people when weather permits. Hours of operation are 11 a.m. to 9 p.m. Sunday through Thursday, although the restaurant is closed on Tuesdays. On Friday and Saturday it is open from 11 a.m. to 10 p.m.