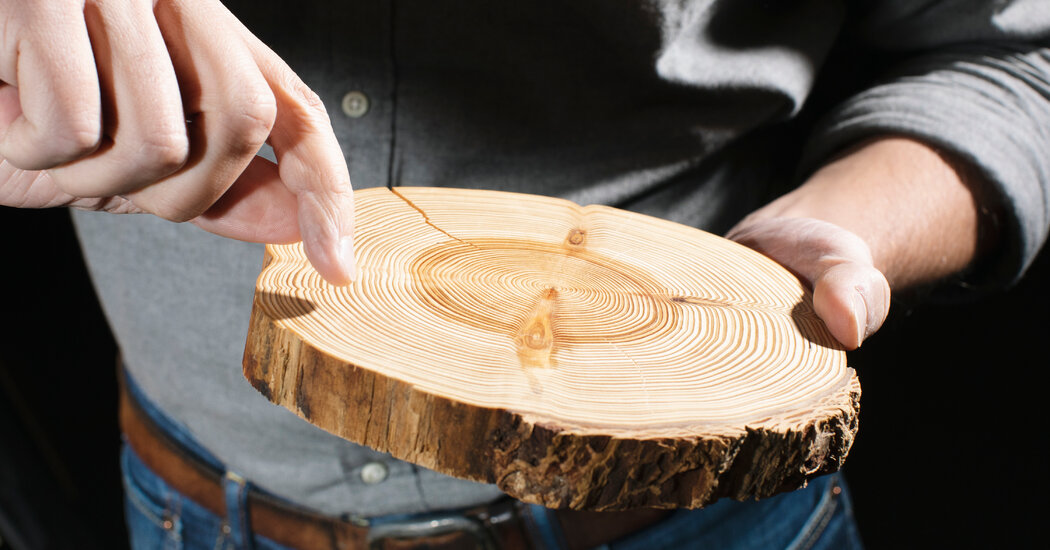 I stumbled upon the tip once I had nearly completed a few of the themes; I think 107-Across, “Where Sweet ‘N Low Shows Their Logo?”, picked it up. The answer is FRONT OF THE PACK, a minor revision to where Mr. Ezersky hopes to be this weekend, perhaps as you read this. Several other entries now made sense. Over at 23-Across, “A little corporate swag for a Genius Bar staff member?” is an APPLE JACKET; at 28-Across, “Elements of a Sherlock Holmes sports mystery?” combines a supporting role of Arthur Conan Doyle with a British hobby for WATSON AND CRICKET.

I think this is the fanciest example of the bunch, but I also really like the answer to “How much could Michael Jordan or Wilt Chamberlain score, hyperbolically?”, a review of what could refer to how it feels like finishing a half marathon, or a crossword like this: LIKE A MILLION BUCKETS.

The “letter/phonetic change” pun has eluded me for too long! As a solver, I grew up reveling in gems like USE THE LUKE PLIERS and PIZZA RETREAT but I never found myself interested in brainstorming it myself. I wanted every last theme I created to feel unusual, or at least technically complex. After all, as a builder, I will always be more attracted to crossword puzzles in a difficult sense: can I realize such a crazy theme idea based on this example? Can I pack a wide-open corner with all that jazzy filler?

Today’s riddle is the result of winding it up a notch while staying true to my whims. One day it occurred to me that there were a lot of words like JACKET, BUCKET, TICKET, etc., so I just looked for a way to create a pun around that. I had always wanted to create a pun theme, but the set of examples really had to sing. It took a lot of imagination on the clue side to make this a reality in my mind, as well as a desire to include as much content as possible – wouldn’t it be weird if I only had a small selection of -CKET examples? Too much theme tends to cause padding issues, so I knew what I was getting into – but hey, builder quirks. **

We speak a ground these days in the editorial team on what makes a good pun, and everyone’s mileage varies; for me, however, it all boils down to whether or not I can imagine the phrase punny being used in a wacky, real, off-crossword context. There’s “funny crossword” – ie, OK, you’ve found that adding a few letters can make something wacky – and then there’s “funny prank dad”. My goal is to convey the humor of the latter within the constraints of the former. At its best, it leaves you with both moans and ahas. My fingers (and my words, of course) are crossed.

Enjoy my last for The Times, a privilege as always!

**PS: Filler tracks like EATS PALEO? PREWEB? Also file them under “manufacturer quirks”. My style is to favor uniqueness over boredom any day of the week.

Subscribers can take a look at the answer key.

Trying to return to the puzzle page? Right here.

What did you think?

Why are people so obsessed with classic cars?