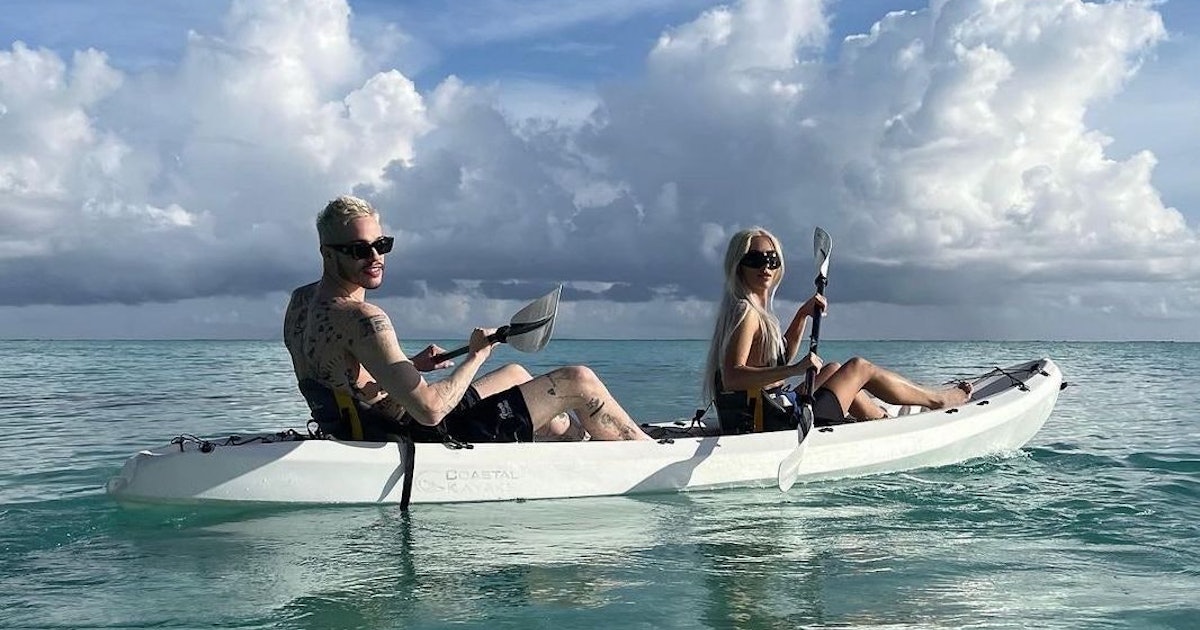 Did Kim Kardashian really go on vacation if she didn’t post it on Instagram? The compulsion to create content runs so deep within the 41-year-old reality TV star and mogul that she apparently has a “content boyfriend test” for her romantic partners. And since last weekend’s getaway to Tahiti, her 28-year-old beau Pete Davidson can say he’s one of the privileged few to have made it. All it took was a barely two-second video of Kardashian stepping into the crystal clear waters of the South Pacific Ocean while wearing a simple black string bikini. She obviously didn’t mind that Davidson also captured her shadow in the video and additional photos she posted in a carousel titled “beach for 2” – nor that the latter content was unusually grainy.

Luckily, someone else was on hand to make sure the pair appeared together in some content. Kardashian also shared photos of her and Davidson kayaking and kissing in the water. They matched again, both wearing black bathing suits, large sunglasses and bleached blonde hair.

Things seem to be going great for Kardashian and Davidson, who first felt sparks fly when they shared a kiss on Saturday Night Live last October. Undeterred by the fact that he didn’t show up to her after-party, Kardashian reached out to a SNL producer of Davidson’s phone number. “I wasn’t even thinking, ‘Oh my God, I’m going to have a relationship with him,'” she recalled on a recent episode of Hulu’s. The Kardashians. “I was just thinking, ‘Heard about that BDE [big dick energy]need to get out…i was basically DTF [down to fuck].” About six months later, the pair seem to be getting serious: Kardashian has declared Davidson “literally the best human being” she’s ever met, and Kardashian’s sister Khloé says she’s “in LOOOOOVVVEEEE” with the SNL star. If so, Pete’s gig as Kim’s personal content creator has only just begun.

A Man for All Seasons: Fay Vincent, Baseball and America