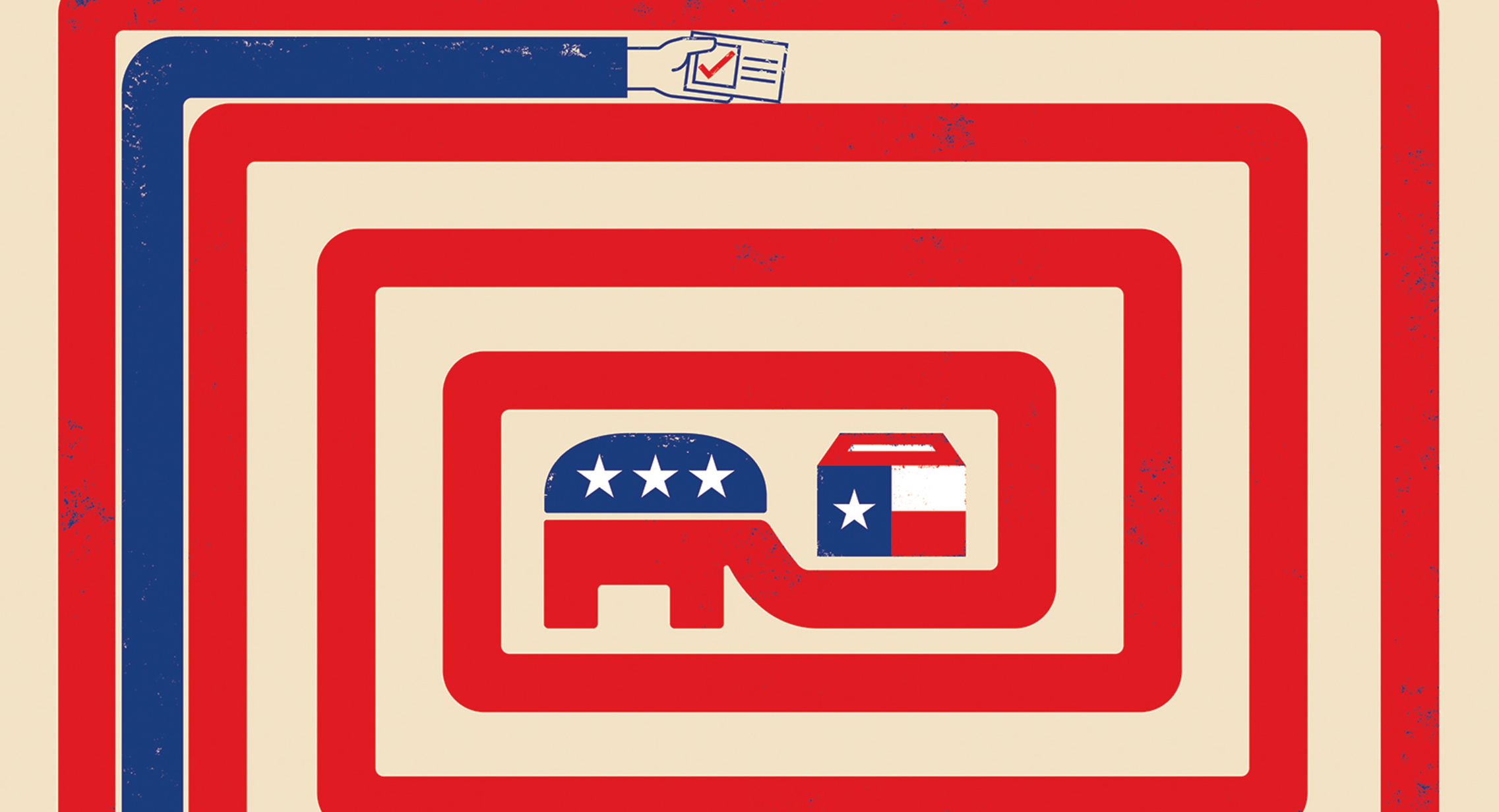 Voting in Texas has never been easy.

Ahead of the 2020 presidential election, political scientists from Northern Illinois University and China’s Wuhan University compiled a “voting cost index” that ranked states based on how easily residents could both register and vote. The analysis placed Texas last, citing the state’s strict voter ID laws, unforgiving registration deadlines, and general “restrictive election climate,” which made it the toughest state. to vote across the country.

And, of course, that was even before the latest revision of Texas election law took effect.

Despite persistent warnings from civil and voting rights advocates, the state’s Republican-controlled legislature passed the sweeping and far-reaching Senate Bill 1 in September 2021. Among other things, the law has banned drive-thru voting and night voting, further tightened ID requirements. , and granted new freedoms to partisan poll watchers. Additionally, aides who work with Texans who need help filling out their ballots can now face criminal charges. This type of assistance is most often used by voters with disabilities or physical needs, but non-English speaking voters and those who have difficulty reading and writing are also eligible for state assistance.

Political stance aside, interpretations of the new law shared a basic understanding: It was going to get even harder to earn an “I voted” sticker. Texas Republicans say the change was necessary because the GOP is tightening election integrity protections, citing murky and as-yet-unproven reports of rampant voter fraud. For grassroots local voting organizations, however, the focus remains on those most directly affected by the new regulations — everyday Texans trying to make sure their votes are counted.

“All voters in Texas are affected, but especially voters of color, low-income voters, young voters, older voters and voters with disabilities,” said Grace Chimene, president of the League of Women Voters of Texas, a nonpartisan, nonprofit organization that strives to educate voters on electoral issues. Chimene says the law spurred immediate change, pointing to the March primary election, when 25,000 voters had their mail-in ballots rejected, more than 1,800 from Austin-area counties alone. These voters were mostly aged 65 and over, or voters with disabilities.

Chimene also says that not enough is being done to inform voters of the new requirements or to properly prepare them for a successful visit to the polls. In response, the League is taking voter education into its own hands by providing comprehensive online voter guides and SB 1 explainers. Chimene says of the group’s efforts.

These materials have set a new standard and are often used by other non-profit organizations such as REV UP Texas, which works with Texans with disabilities to ensure they are well represented in the electorate. Bob Kafka, the group’s statewide coordinator, echoes concerns that the disability community in Texas is being severely impacted by new election legislation, which is increasing mistrust between them and local government. Although written later, an earlier version of the election bill included even more barriers to voting for Texans with disabilities. “They were going to require the person to prove they had a disability,” Kafka recalls. “It was so blatantly discriminatory; it would almost be like a poll tax. I use a motorized wheelchair and should have seen a doctor to somehow prove that I have a disability, even though I have been in this wheelchair for almost 50 years.

The irony that Gov. Greg Abbott, a well-known member of the state’s disability community, continued to champion the new election law is not lost on Kafka. “My disability and my spinal cord injury are similar to Governor Abbott’s. You would think, you know, as a disabled person, there would be a certain identity there.

In addition to ongoing efforts to educate voters about their rights and the help available, REV UP Texas will host its third Texas Disability Issues Forum in Austin in September ahead of the November election. The event includes voter registration drives and allows high profile candidates running for office in the state to speak out on how their platforms relate to disability issues. While Democratic gubernatorial candidate Beto O’Rourke has indicated his intention to attend, Kafka says the group has not yet received a response from Abbott’s office.

Kafka’s main advice to voters who are confused about new voting requirements or whose mail-in ballots have been rejected is to reach out. Whether at REV UP, the League of Women Voters, or your county election office, he reiterates the importance of not being discouraged by the first hurdle.

“Let someone know,” he said. “The squeaky wheel gets the grease.”

The ramifications of SB 1 on elections in Texas and the rest of the country.