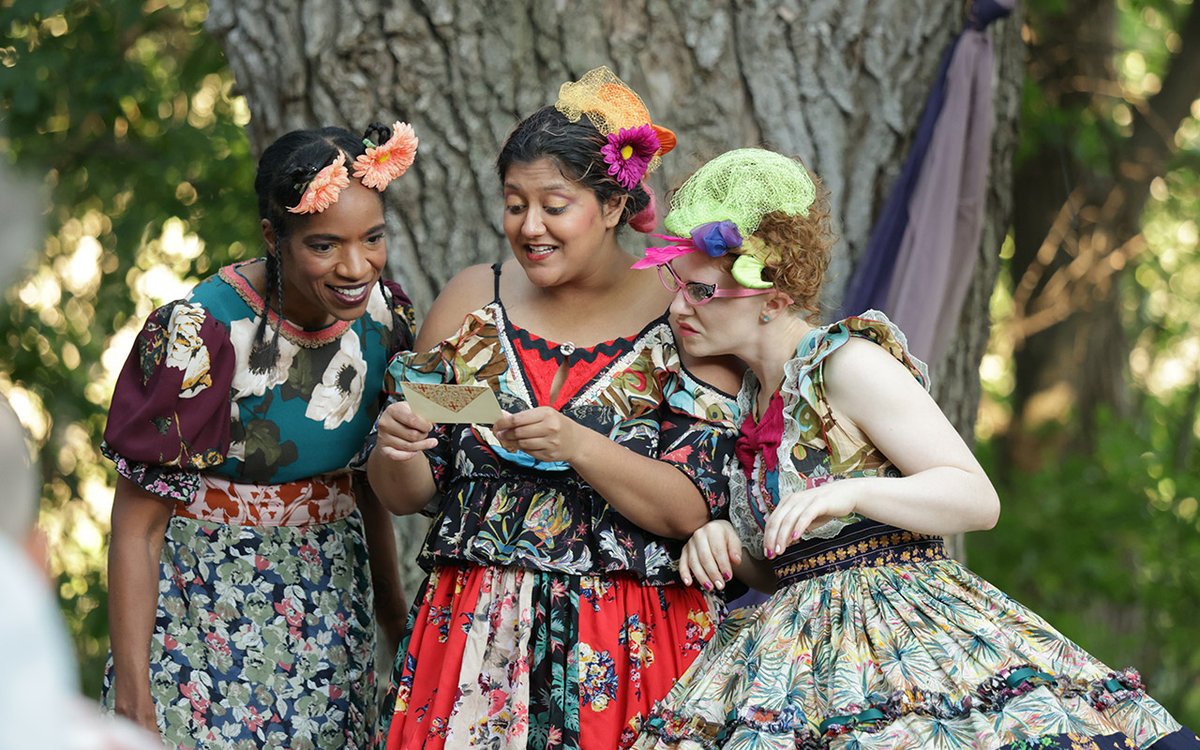 After a two-year hiatus from being primarily in person, the Minnesota Fringe Festival returns to Minneapolis this summer, August 4-14. Known for providing an experimental platform for local and national artists, the 29th annual festival will host 595 live performances over 11 days at 11 venues across the city.

The festival will feature many different genres of theater including storytelling, comedy, drama, dance, horror, improv, opera, and more. The 119 shows were selected by lottery, with submissions from local, national and international contestants.

In 2020, the COVID-19 pandemic made the festival virtual, and the 2021 edition featured a hybrid of pre-recorded and live online virtual shows, as well as independently produced in-person performances.

With over 1,000 artists participating in the event and an expected audience of 35,000 during the festival, it has become the largest performing arts festival in the Midwest and an integral part of the Twin Cities arts scene.

“Each interaction with the hundreds of artists we serve each year creates a unique thread that is woven into a beautiful tapestry of talent to inspire Minnesota’s creative community,” Executive Director Dawn Bentley said in a press release.

In an effort to uplift underrepresented artists this season, Fringe has introduced an equity lottery, designating the top 10 percent of festival slots for BIPOC producers, writers, directors and choreographers. They are also continuing their Touring Artist Initiative, which reserves 10% of festival slots for artists outside the metropolitan area.

This year will also feature Project Beyond the Box, a collaboration between Minnesota Fringe, Vibrant and Safe Downtown and the Downtown Improvement District. The project will feature outdoor public performances as a way to “celebrate the resuscitation, renewal and evolution of the relationship with public spaces”. You can watch the event at Xcel Energy Plaza on Nicollet Avenue.

The fringe theaters will be grouped into two hubs, Cedar Riverside and Uptown, both easily accessible by public transit. Free subway rides will be available Friday through Sunday on the Fringe website.