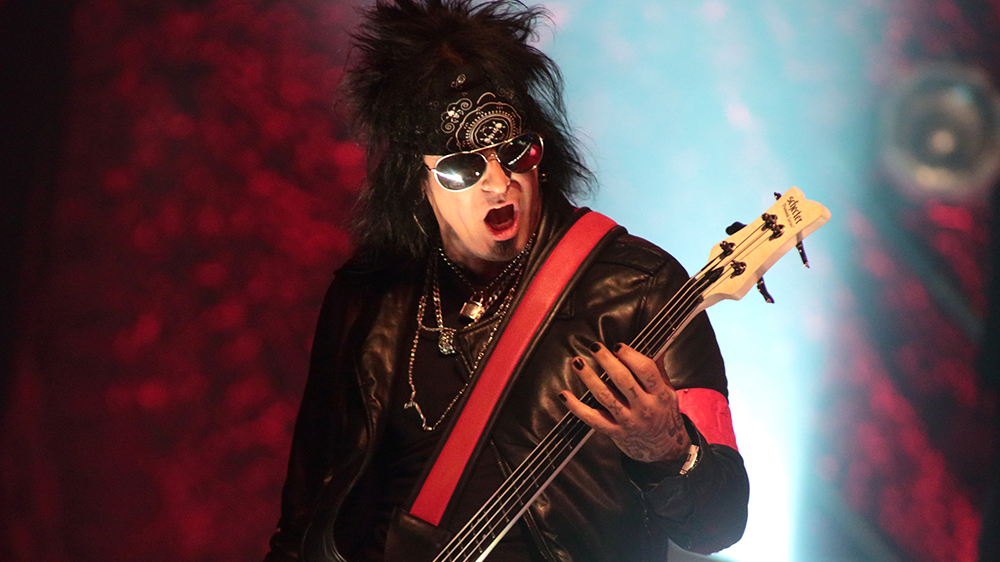 Metal Edge, the colorful rock magazine whose monthly cover was plastered with photos of Bon Jovi, KISS, Skid Row, White Zombie and Dokken in the mid-80s and 90s, is back. Originally released by Sterling, it closed in 2009 due to the waning popularity of print and the mostly hair metal genre that Metal Edge focused on.

Metal Edge is now owned by Project M, the company behind other music and culture outlets including Revolver, Brooklyn Vegan, Goldmine, Inked and Hard Times.

Now, Metal Edge will be online only, and they kick off with an exclusive feature on Motley Crue bassist Nikki Sixx (pictured). The 2019 Netflix biopic “The Dirt” helped rekindle interest in the band and their 80s rock genre.

“At the time, the mix of exclusive interviews with Metal Edge artists, on-stage, behind-the-scenes, in-studio and behind-the-scenes reporting, breaking news and high-quality photography helped define the look, sound and feel of heavy music,” says new editor Richard Bienstock in his first letter to the editor. “Now that distinctive voice and perspective is back.”

Bienstock, co-author of “Nöthin’ But a Good Time: The Uncensored History of the 80s Hard Rock Explosion”, is a longtime journalist for Guitar World and other publications. He was a fan of the original incarnation of Metal Edge, noting that “as hard rock and metal went through changes and trends in the 90s and 2000s, so did Metal Edge, staying within the zeitgeist (hello Pantera… and Korn… and Slipknot…) … I can say that the magazine has played a significant role in my own musical education and fandom, as well as in my career as a music journalist and musician.

Metal Edge was first published by Sterling Publishing in 1985, under the auspices of founding publisher Gerri Miller. Miller, a passionate and determined journalist always armed with a camera, was the very public heart and face of the magazine, which lasted 24 years before closing. Miller died in March 2021, prompting tributes on social media and condolences from KISS, Warrant, Nikki Sixx, Slaughter, Skid Row and many other bands she championed during her years at the helm of Metal Edge. .

After Miller’s reign, former editor Paul Gargano took over Metal Edge in the 90s and 2000s and continues to be involved in the publication’s branding/marketing, store curation, merchandise and Moreover.

In its letter from the editor, Bienstock teases the possibility of “special and collector’s editions, print and otherwise”, while “Metal Edge will continue to go hard ‘n’ heavy with in-depth reporting on rock legends, contemporary icons and stars of tomorrow, today.”

Vintage content will also be available on the site. “Since so many of you ask questions about the articles you read growing up, we’ve created a special archive section to reintroduce some of the best interviews, reports, artist summaries and more from the history of nearly 40 years of the title,” says Bienstock.