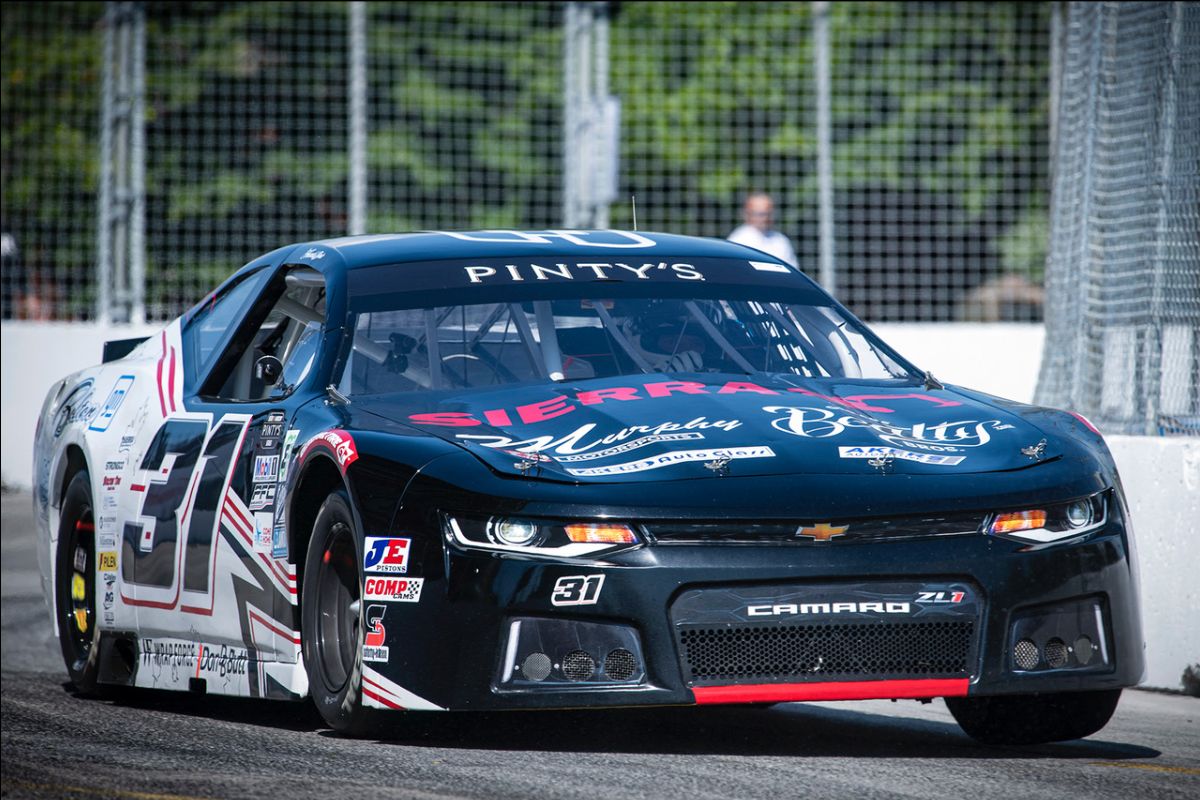 TORONTO, ON (July 18, 2022) MBS Motorsports with driver Daniel Bois driving the #31 Chevrolet had another impressive outing in Round 5 of the 2022 NASCAR Pinty’s Series Friday at the Toronto Indy.

In only their second series race, Bois raced in the top five in the second race in a row and earned a seventh-place finish.

The MBS team worked meticulously to prepare the #31 for the tough street circuit at Exhibition Place in Toronto. During the combined practice and qualifying session, Bois posted the tenth fastest time and lined up for the 35-lap race outside row five. Several cautionary early periods kept the field tight, and Bois pushed forward.

Racing up to fourth place, he continued to look for opportunities ahead of him. However, the No.31 would feel a bump from behind on more than one occasion. Contact would eventually send him into the tire wall near turn eight. Keeping his wits about him, Bois turned on the tires and fixed the problem.

In the final laps, Bois continued to push the #31 Chevrolet and fought his way to a seventh place finish. The team’s first top 10.

Quotation:
“I’m happy with a seventh place, but at the same time it’s a bit disappointing because we knew the car was even faster.”
“I think my strength during the race was the braking, being able to go deeper into the corners, that was my advantage. Others tried to go as deep into the corners as I did, but it threw their cars off balance. .
“When we got pushed into the tyres, it was a little pat on the back, luckily I was able to get out of it quickly”
“It’s good to have a good result for the whole team, a big thank you to everyone for all the hard work. We can’t wait to have the CTMP back for our next event”.
-Daniel Bois, driver #31 MBS Motorsports Chevrolet

Television and live broadcast
The Toronto Grand Prix will air on TSN and RDS2 on a date to be determined. All races are streamed live on TSN.ca and the TSN app in Canada and FloRacing in the United States.

Racing fans are encouraged to follow the progress of MBS Motorsports Channels during the off-season.

About MBS Motorsports
Owned by Don Beatty, Jeff Murphy and Dominic Scrivo, the team will compete in select NASCAR Pinty’s Series events in 2022. Away from the track, Don Beatty operates a successful automotive service business. Jeff Murphy is an executive at Celestica. Dominic Scrivo is the owner of Sierra Excavating Enterprises. #31 Chevrolet driver Daniel Bois is a top driving instructor.