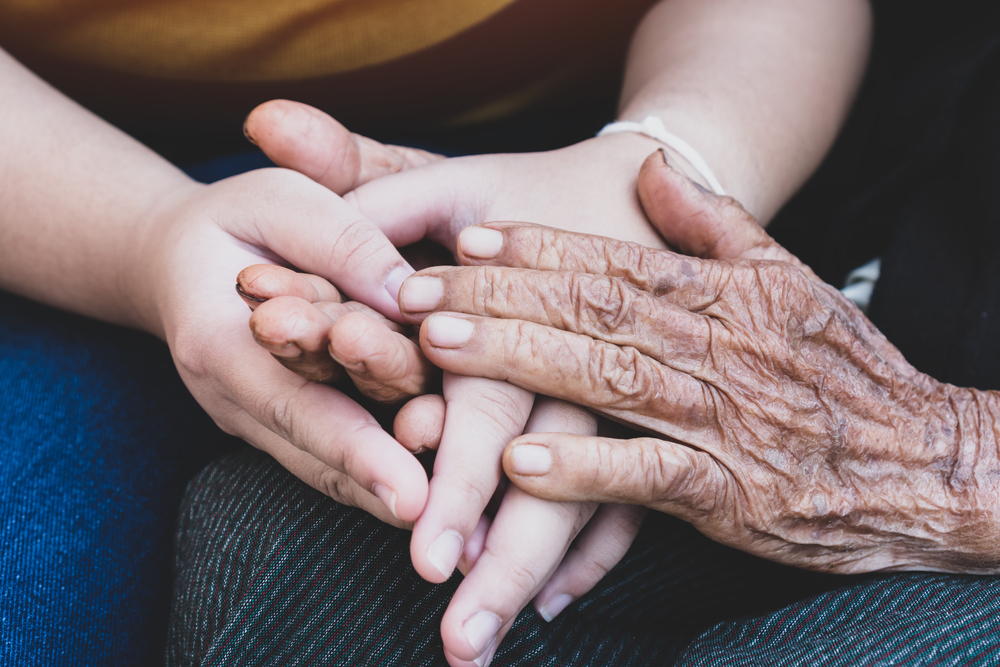 Tamara Hilliard learned in November 2017 that her husband, then 64, had amyotrophic lateral sclerosis (ALS), a fatal disease of the nervous system.

Her husband, Jim, was an orthopedic surgeon and a former University of Texas college football player. His once imposing body quickly began to deteriorate. He was able to walk until 2018, although he switched to a walker and eventually a motorized chair. “As of Christmas 2019, he was completely dependent on me,” she says.

Progress has been painful for Hilliard. Jim lost his ability to hold a fork, wash himself, and eventually speak. “It’s so horrible to see someone you love lose something every day,” she said. “Every day was a loss.”

Social scientists describe an experience like Hilliard’s as anticipatory grief. It is a grieving process that involves not only dreading the impending death of a loved one, but also mourning the changes in daily life that occur when the person succumbs to illness.

In today’s modern world, multiple factors combine to amplify occurrences of anticipatory grief. As life expectancy has increased and smoking-related deaths have declined, degenerative diseases associated with aging, like dementia, increase. Public health experts expect higher incident rates for degenerative diseases like ALS, dementia, Parkinson’s and certain types of cancer in the coming decades. For illnesses like dementia, in which an average of four to eight years elapse between diagnosis and death, a loved one may endure several months of anticipated grief.

Anticipatory grief is a relatively new psychological concept and was first considered in Western literature by Erich Lindemann in the 1940s. He studied the deadly nightclub fire in Boston’s Cocoanut Grove, which killed nearly 500 people.

“It was one of the first empirical studies of bereavement,” says Ken Doka, senior vice president of bereavement programs for the Hospice Foundation of America. “He mentioned you might mourn a death that not only happened, but is happening.”

However, says Doka, researchers in the 1970s were divided in their opinions on anticipatory grief. Some researchers believed that anticipated grief dampens the emotions a person feels once their loved one has died. “It was a hydrostatic view of grief — you only have a limit of grief and the more tears you shed before death, the less you shed after death,” Doka says. “It was unproductive. There was no research to support it.

Social scientists have since learned more about anticipatory grief and now argue that it is not just about the impending death of a loved one. “It’s not just about waiting for a death, it’s about all the losses you suffer along the way,” says Doka.

The loss of life

Terminal conditions such as ALS or dementia involve gradual changes that alter a patient and their life for years before death. For loved ones, these changes are losses to the life they once shared with the patient and the source of anticipated grief.

A 2018 study anticipatory bereavement revealed that people caring for spouses with advanced dementia had higher anticipated grief than caregivers of loved ones in the early stages because their daily lives had been more profoundly altered.

End-of-life spouses also had higher anticipated grief than other caregivers, such as adult children, who were not life partners dealing with the loss of everyday life together.

Anxiety and depression are associated with anticipated grief, and for some people it can also be difficult to medical decisions for their beloved. In another 2018 study Among people serving as a medical surrogate for a loved one in intensive care, spouses had poorer decision-making than surrogates who were either adult children of patients or the patient’s parent.

Such studies prompt researchers to call for clear and positive communication with surrogates in intensive care units, as well as additional compassion for people whose loved ones are in hospice or palliative care.

For Hilliard, grief was a complex, fluid emotion that changed with her husband’s state.

The diagnosis was a shock, and she says it felt like sudden death at the time, even though he was still alive. “You get bombarded and you can’t believe it,” she said. “It was like dying.”

She cried throughout her illness as her body changed and their daily lives were altered. Then, she felt a new kind of grief in the last six weeks of his life when he was incapacitated and couldn’t speak. Meanwhile, she says she remembers that she wanted him to pass in peace so that his suffering would end.

Jim passed away in September 2021 and Hilliard was left without her husband for nearly 34 years. His absence was for her a moment of reflection on their life together. “Now the grief is flowing. Now I feel like I mourned Jim before he got sick. I couldn’t when I was caring for him,” she said.

She remembers the man who she says was brilliant and had a witty and sarcastic sense of humor. She mourns the husband who insisted on having the last word in their loving banter always saying, “I love you more.”

“I miss him, I miss him everyday,” she says.

Magazine Publishing Market to Record 0.90% Annual Growth Rate in 2021 | Forbes Media LLC – Offers magazines that cover a wide range of news and others such as billionaires, lifestyle, business, shopping and others