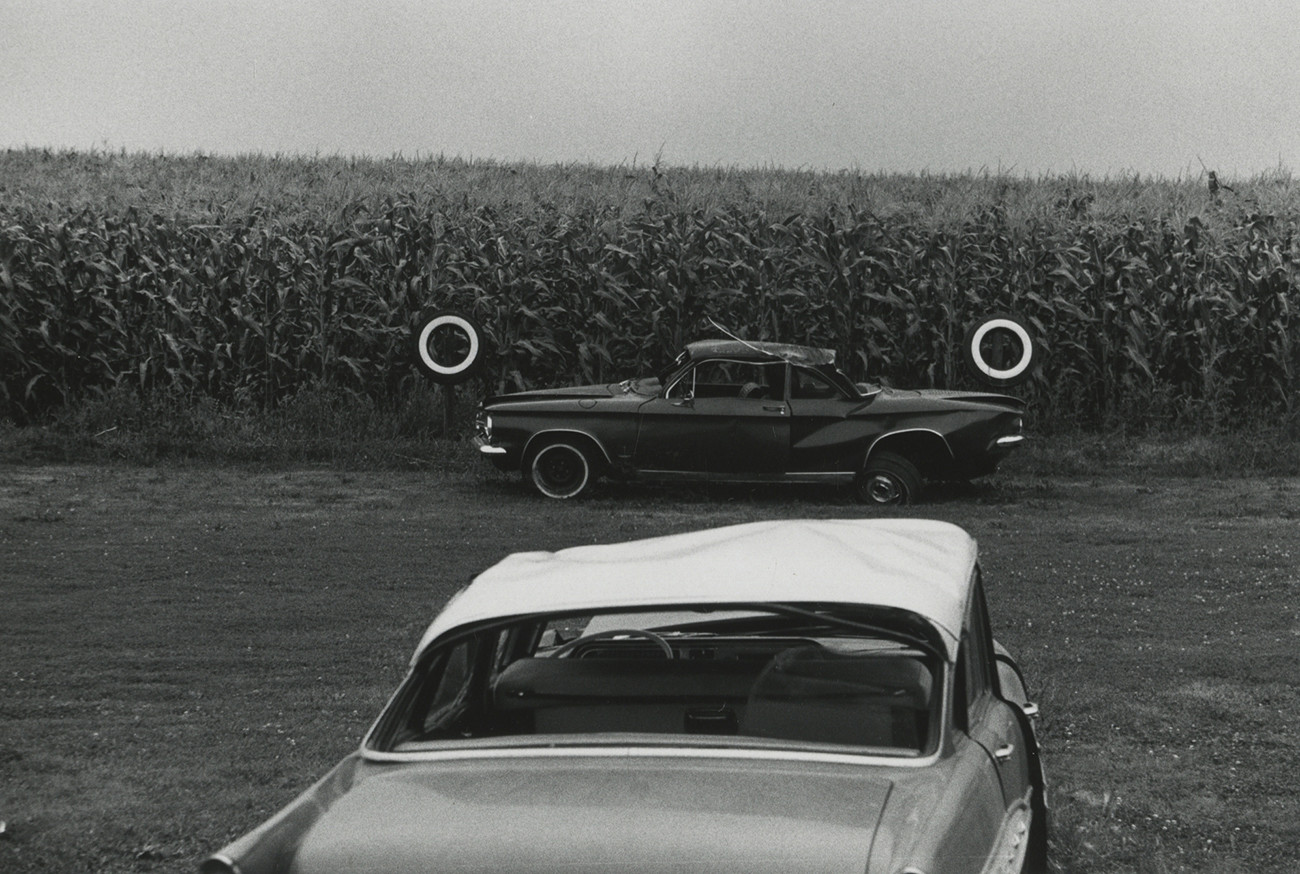 Joseph Bellows Gallery presents the exhibition, Thomas Barrow: The Automobile. This solo exhibition will feature a selection of vintage photographs from Barrow’s highly influential extended series, The Automobile, a three-part portfolio created in 1964-65. In the mid-1960s, Thomas Barrow studied with Aaron Siskind at the Institute of Design in Chicago. While there, he produced a visual study consisting of 115 photographs titled The Automobile. This series formed his thesis project and examined the role of cars in American culture. The series featured three individual yet connected sections, which follow the automobile from display in the showroom and at car shows, through daily travels on the streets and in parking lots, and ultimately to their disappearance, scrapped.

Thomas Barrow graduated with an MS in Photography from the Institute of Design. He began his career as a curator of exhibits at the George Eastman House and then became deputy director of the museum in the early 1970s. Later, Barrow moved to New Mexico, where he was associate director of the University Art Museum. from New Mexico. In 1976, he began teaching photography at the university’s art department. Thomas Barrow is professor emeritus of photography at the University of New Mexico. His photographs are part of the permanent collections of numerous museums, including the George Eastman Museum, the Los Angeles County Museum of Art, the San Francisco Museum of Modern Art, the Black Dog Collection, and the Center for Creative Photography at the University of Arizona. , Tucson, where his archives are also kept.

A career survey of Barrow’s work, Inventories and transformations: the photographs of Thomas Barrow, was published in 1986 in conjunction with the solo exhibition of the same title at the Los Angeles County Museum of Art. In 2012, his famous Cancellations series was published by powerHouse Books.