Over the past 10 years or so, the discussion of global warming, its causes, its short and long term implications and what we can do about it has shifted from a causal discussion to a critical concern.

More and more countries are looking to see what can be done to reduce their carbon footprint. The automotive industry is an area that has recently attracted a lot of interest. Just five years ago, most people would never have thought of owning an electric car. A hybrid maybe, but the all-electric car never really entered the conversation. Now, some European countries have announced that gasoline vehicles will not be allowed to be sold in their country, possibly as early as 2030 or even earlier. As we all know, the market for all electric vehicles and public interest in electric vehicles in the United States has recently grown at an exponential rate.

As a mechanical engineer I’m trying to figure out where we’re headed in terms of the use of gasoline and all fossil fuels, but more specifically what is the long term plan of the states -United. Around the world, each country is taking its own steps to address this concern and the direction of some countries is quite different from that of others. Some plan to increase the use of solar and wind farms to supply at least a certain percentage of their energy needs. Others are building nuclear power plants.

In the United States, the push for more electric vehicles is being promoted as a way to cut emissions and reduce our carbon footprint that, in theory, will start to slow global warming or at least slow the rate of increase.

As a mechanical engineer whose company designs many types of buildings such as educational institutions, laboratories, libraries, office buildings and others, we often have to make decisions in collaboration with our clients on the types of mechanical systems to design for a building and more specifically what type of heating system to design. These systems range from all electric, electric heat pumps, air conditioning units with gas heating, and several different hydronic systems, such as electric boiler and gas boiler systems.

Sensing the direction in which many in the United States want to reduce our carbon footprint, I posed the question on an online engineering forum asking if we engineers, architects and owners will be asked to reduce the carbon footprint in buildings by eliminating equipment using fossil fuels such as boilers and water heaters. 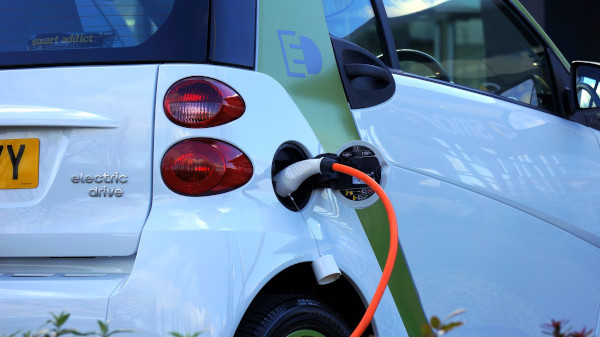 I received, as you can imagine, a mixed response. Some engineers said their state or county already does not allow the use of fossil fuels in building heating systems. Others argued that eliminating gas heating systems, for example, was not really practical in colder climates because some systems such as heat pumps perform poorly in cold climates. Overall, I believe that except for a few isolated cases, there is no consensus in the engineering community on how we should move forward. Regardless of what one thinks of the matter, it would make sense to have these discussions now rather than later. Systems installed in buildings can last 30 years or more, so many of the systems being installed or planned will be in service for a long time.

There are many ideas floating around about how we should approach reducing the world’s carbon footprint, which would benefit our environment and hopefully have an impact on global warming. One such idea in the United States is to develop more and better transit systems in some of the larger and mid-sized cities, which would take more vehicles off the road.

However, it seems to me that the government does not seem to want to play an active role — at least in medium-sized cities. In Columbia, South Carolina, where I work, 30 years ago some groups were calling for light rail or some other type of transit system. This idea received very little success. Recently, the government committed about $1.6 billion to mainly improve a major intersection in the city and add extra lanes on some of the highways. It doesn’t seem that much thought has been given to public transport to reduce the number of vehicles on the road. I know there is a great need to repair roads and bridges across the country, but I wonder how much effort is being made to actually reduce the number of vehicles on the road.

Another suggestion is for utility companies to charge a base for homeowners’ energy bills – anything considered average for an average-sized home. The government would then add a supplement for each owner who exceeds this consumption. For example, if an average-sized house was something like 2,400 square feet and its consumption was 800 kWh per month, a surcharge would be added for consumption above that amount, which could get higher and higher as that the baseline was exceeded. For obvious reasons, as attractive as it may seem to reduce the carbon footprint of a residential home, I don’t think this idea will pique the interest of government officials or utility companies. A parallel idea was where power charges were added to the residential bill. It could have a similar effect on a homeowner’s carbon footprint, and I imagine they would receive a similar response to the energy surcharge.

What we have now in the United States and most parts of the world is a lot of interest and ideas about how to address our carbon footprint to reduce global warming. While we cannot dictate to the rest of the world what we think should be done, we can certainly lead by example if we are to take the necessary action. It seems to me that if we’re looking at where we should be in the future, we need to start meeting now and discussing the best ways to move forward. These are difficult issues that can impact all of our lives. We are creatures of comfort and generally don’t like drastic changes in our lifestyles. We may not have to make drastic changes, but if we are going to fix this problem, some changes need to be made, and they need to be made soon, instead of being put on hold for future generations to make. attack.

Dan Reider is a contributing writer at Brain Magazine and a mechanical engineer based in Columbia, South Carolina.

This local cookie brand is headed for the Oscars