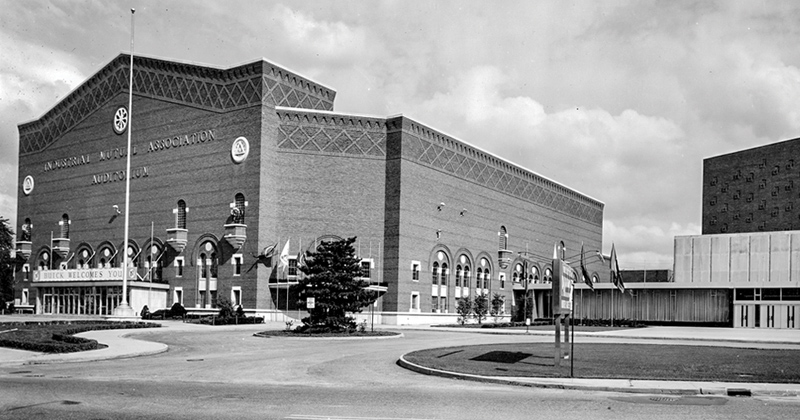 It is a name associated with some of the most iconic people and places in the history of the Flint area.

And although the scale and scope of services offered by the IMA has changed since the organization was founded in 1922, as it celebrates its 100th anniversary, the organization remains very focused on its original mission of providing recreational and educational activities in the community.

Only now has this concentration focused primarily on the game of golf, notably through IMA’s ownership of Brookwood Golf Club in Burton and operation of the First Tee Eastern golf instruction program Michigan for young people.

“As the auto industry shrank and people moved away, we did a lot of soul-searching and trying to figure out what we were going to do,” said Diane Wojciechowski, chief marketing officer of IMA Brookwood and executive director of First Tee Eastern Michigan. “First Tee was a great choice as the IMA has a history of community service and providing recreation programs, so what could be better than being able to be on the golf course.”

Golf was only part of the IMA portfolio when the organization purchased Brookwood in 1963.

By then, the association had built the IMA Auditorium in downtown Flint, which was the site of activities including lectures, concerts, exhibits, dances, and stage performances. IMA also operated a sports field adjacent to the auditorium. The property, which later became the foundation of the AutoWorld theme park, is now part of the University of Michigan-Flint campus.

“So many people here in Flint still call the sports arena the IMA,” Wojciechowski said.

For years, IMA has offered youth hockey, baseball and softball programs throughout the community. He opened Safetyville USA, which taught children about traffic and automobile safety, in 1963 before turning it over to Genesee County Parks and Recreation in 1978.

Some of the biggest names in the history of Flint and the automotive industry were behind the formation of the IMA. The foundation was laid by J. Dallas Dort, founder of the Durant-Dort Carriage Company, who helped establish the Flint Associated Factories in 1901, which led to the formation of the Flint Factories Mutual Benefit Association. The latter provided insurance to employees of car factories.

In 1918, Charles Stewart Mott, vice president of General Motors, appointed Walter P. Chrysler to chair a committee called the Industrial Fellowship League. It provided recreational and educational opportunities for workers, including the Auto Trade School night. The school later became the Flint Institute of Technology, then developed into the General Motors Institute, which is now Kettering University.

To help support its various endeavors, the IMA ran sales and cafeteria operations at local auto plants for years.

First Tee is an international organization that promotes character education and life skills through the game of golf. The Eastern Michigan Chapter of the IMA encompasses six counties and serves more than 500 youth in its summer programming. He is also involved with schools by training physical education teachers in the First Tee program. In total, more than 14,000 students have received training through First Tee Eastern Michigan.

“During lessons we talk a lot about values ​​such as honesty, judgment, integrity and sportsmanship,” Wojciechowski said. “We could talk about how honest you are at home and honest at school and then how honest are you on the golf course, because you count all the shots and make sure you call penalties on yourself if needed.”

The program relies on corporate sponsorships and fundraising to offset the costs of registration, equipment and coach training.

“The bigger we get, the more we try to get volunteers to help us out,” Wojciechowski said. “They’re just a great group of people who care about our kids and do a great job of not only teaching them the basics of golf, but being great mentors to our kids.”