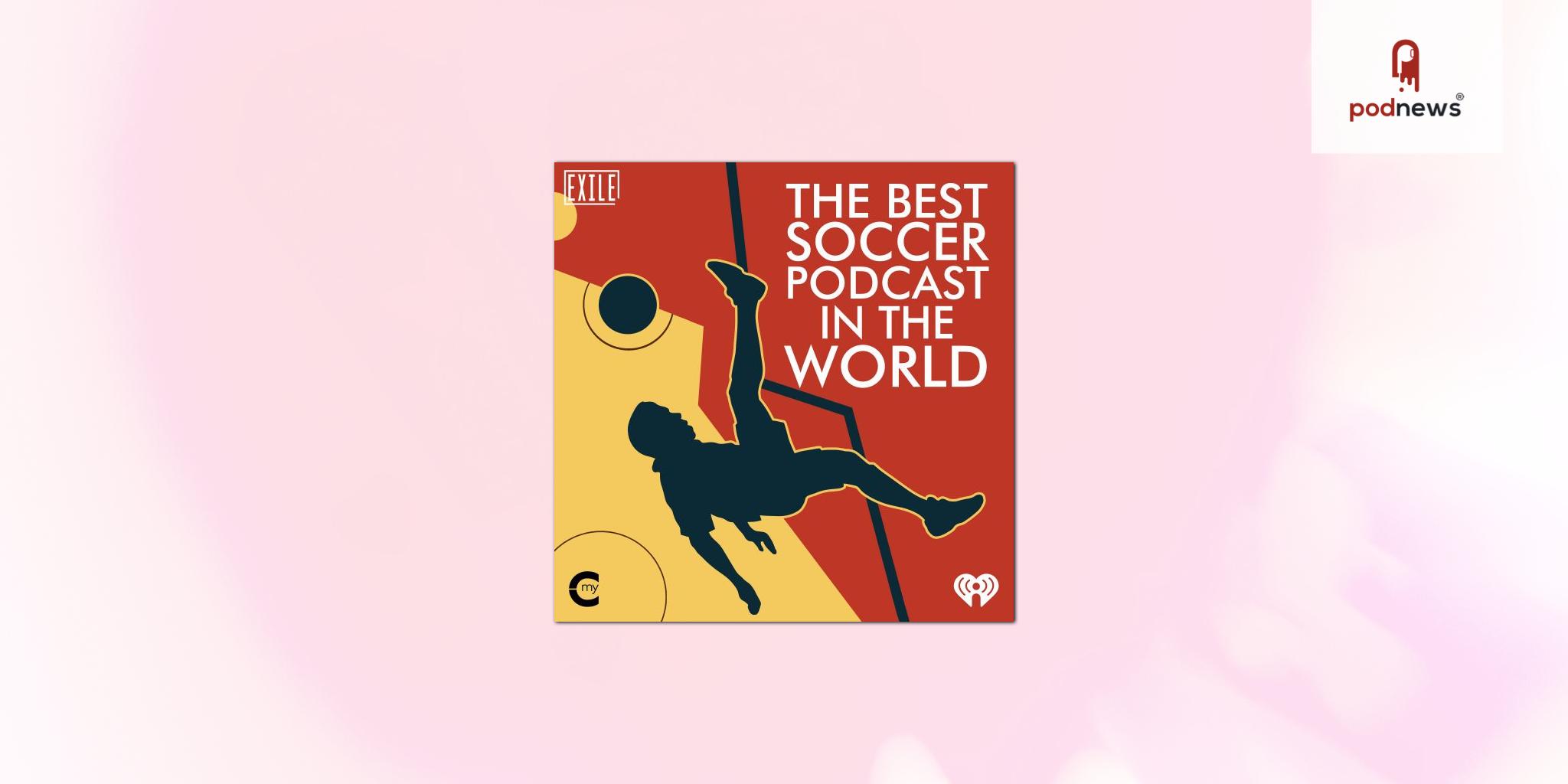 Exile Content Studio and My Cultura, iHeartMedia’s podcast network dedicated to uplifting Latinx voices and stories, launch a new 12-episode series, The best football podcast in the world in English and Spanish. The podcast features executive producer and host, Exile studio head Nando Vila, and producer and writer, Zac Lee Rigg, who together were responsible for Fusion’s weekly magazine show, “The Soccer Gods”, and the political sketch show “Happy End.” Ana Isabel Octavio is also the series producer, alongside executive producers Rose Reid of Exile and Gisselle Bances and Arlene Santana of iHeartMedia’s My Cultura. The series will be available on the iHeartRadio app and wherever podcasts are heard.

‘The World’s Best Football Podcast’, timed to coincide with this year’s FIFA World Cup, will guide the listener through the most memorable moments and players of the 92-year-old competition, which has become a behemoth. commanding a global audience. of 3.5 billion people. The World Cup – where players are announced, heroes are born, legends are first whispered and crowns are forged – is where football royalty is anointed. This podcast series will shine a light on the great players who have forever changed the most beloved sports tournament in history as viewers around the world prepare to enjoy the 2022 competition taking place in Qatar.

“Football is the most popular sport in the world, and every four years the FIFA World Cup assumes its rightful place as the most anticipated football event in the world, bringing together fans from around the world. with a celebration of what has come to be known as ‘the beautiful game, ‘like no other’,” Vila said. “That’s why we couldn’t be more excited to launch ‘The World’s Best Football Podcast’ at a time when the world is rapidly and fervently turning its attention to all things World Cup. and to do our part to satisfy fans’ insatiable demand for high-quality and engaging football-related content.


“We are delighted that Nando and Zac have teamed up again for this podcast series, which should appeal to fans of sports in general, and football in particular, as well as podcast fans who are just curious about know about this global phenomenon,” said Daniel Batista, Chief Digital Officer of Exile. that anyone who gets caught up in the fervor of the competition will quickly get caught. in the stories shared in “The World’s Best Football Podcast”.

In addition to co-creating and hosting ‘The Soccer Gods’ with Rigg, the Miami-born and raised Vila executive produced, created and hosted the popular Gimlet Media podcast, ‘We Came to Win’. Prior to that, Vila created and hosted “Midterm Mayhem: The Ultimate Political Smackdown” alongside Kal Penn, and he also served as executive producer of the Emmy®-nominated documentary “The Naked Truth: Trumpland,” which profiled the people who fueled the Trump candidacy. Rigg, who produced Fusion’s most-watched video, with over 28 million views, has written for Goal.com, Simon & Schuster, ESPN, Robert Reich, The New York Times and FourFourTwo.

“The excitement building up to the 2022 World Cup is palpable. We are thrilled to bring this show to fans in both English and Spanish, and to leverage the importance of generational listening for our Latinx audience. growing,” said Gisselle Bances, Senior Vice President, Head of Production and Development for iHeartMedia’s My Cultura. “This podcast is for everyone and provides a platform for two proven and absolutely engaging storytellers to giving us all a deep dive into the world of football, starting with some of the greatest players to step onto the pitch – and the legacy they left behind.”

“The World’s Best Football Podcast” is distributed by iHeartPodcasts. New podcast episodes will be released on a weekly basis for 12 weeks.

Exile Content is part of Candle Media, an independent, user-friendly home for creators of cutting-edge, high-quality, category-defining brands and franchises, built for the digital age. By bringing together elite talent operating at the intersection of content, community and commerce, it helps position leading entertainment companies for accelerated and sustainable growth in today’s market and beyond. Candle was founded by its co-presidents and co-CEOs, top entertainment executives Kevin Mayer and Tom Staggs, and backed by investment capital from funds managed by Blackstone’s flagship private equity firm.

iHeartMedia, Inc. [Nasdaq: IHRT] is America’s leading audio media company, reaching over 90% of Americans every month. iHeart’s broadcast radio assets alone have more consumer reach in the United States than any other medium; twice the reach of the second largest broadcast radio company; and more than four times the advertising reach of the largest digital audio-only service. iHeart is the largest podcast publisher according to Podtrac, with more downloads than the next two podcast publishers combined and has the #1 social footprint among audio players, with seven times more subscribers than the next audio media brand, and the only fully integrated audio announcement. technology solution for broadcasting, streaming and podcasting. The company continues to leverage its strong connection to its audience and unparalleled consumer reach to create new platforms, products and services. Visit iHeartMedia.com for more information about the company.

This page contains automated links to Apple Podcasts. We may receive a commission for any purchases made.