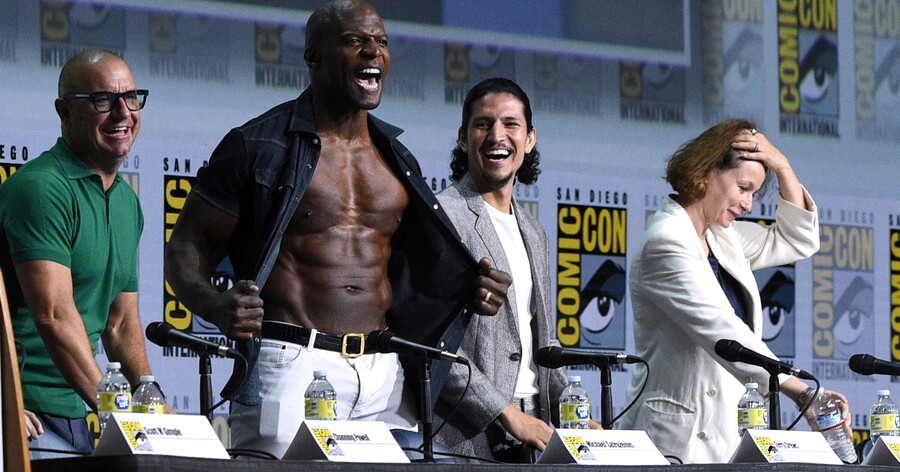 Horror fans at Comic-Con were treated to sneak peeks at the latest set of episodes in the long-running zombie series The Walking Dead.

The showrunners and cast took to the stage in famed Hall H on Friday afternoon to share exclusive clips, as well as trailers for upcoming spin-off series Tales Of The Walking Dead.

The Walking Dead, which stars Norman Reedus, Melissa McBride and Christian Serratos, is nearing the end of its eleventh and final series after running since 2010.

The characters of Reedus and McBride are the only two to have appeared in every season of the show.

The final episodes are set to premiere on US networks AMC and AMC+ on October 2.

Tales Of The Walking Dead will be an anthology series featuring six standalone episodes that will explore the shortcomings of the flagship show and other spinoffs.

AMC described the show as “an episodic anthology with individual episodes or episode arcs focusing on new or existing characters, stories, or other self-contained experiences”.

The spin-off series will also see the return of Samantha Morton as Alpha – with viewers catching a glimpse of the villain in the recently released trailer.

The series is set to air later this year.

Zara Taitt fell in love with design… through cars