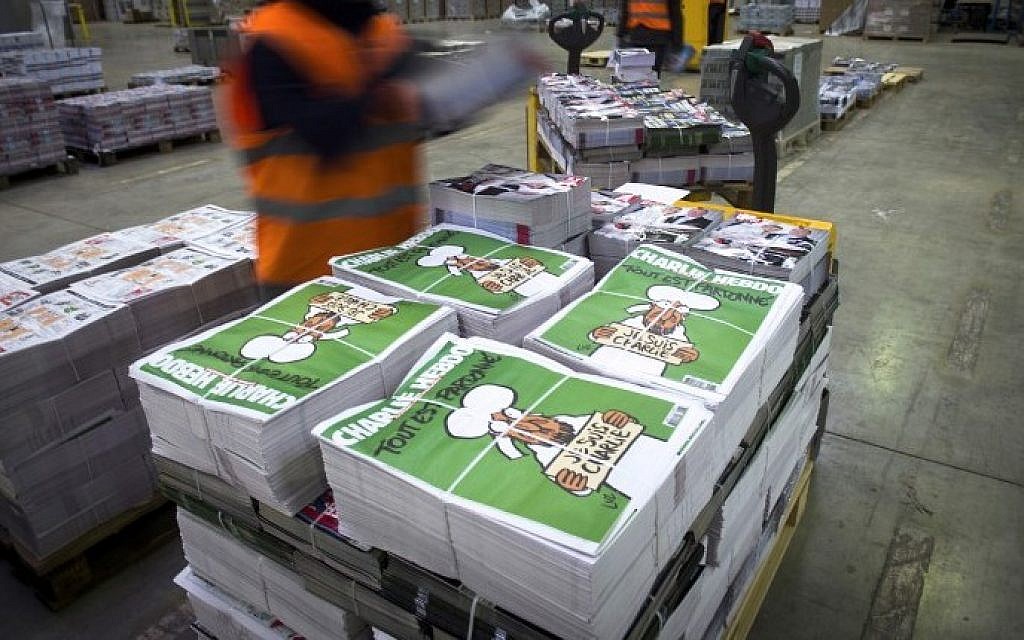 PARIS, France — French satirical magazine Charlie Hebdo, whose 12 staff members were gunned down in 2015 for cartoons about the Prophet Muhammad considered blasphemous by many Muslims, said on Saturday there was no justification for the stabbing of Salman Rushdie.

The British author, who spent years in hiding after an Iranian fatwa ordered his killing, was on life support following a stabbing at a literary event in New York state Friday.

“Nothing justifies a fatwa, a death sentence,” Charlie Hebdo said.

“As of this writing, we don’t know the motivations” of the attacker, he says, ironically speculating whether he was spurred on by global warming, declining purchasing power or the ban on watering potted plants during the current heat wave. .

The magazine’s editor, known as Riss and a survivor of the 2015 attack, said Rushdie’s attacker was likely a practicing Muslim and criticized “little, mediocre spiritual leaders who are intellectually lame and culturally ignorant”.

The novel was seen by some Muslims as disrespectful of Islam and the Prophet Muhammad.

Supporting The Times of Israel is not a transaction for an online service, like subscribing to Netflix. The ToI Community is for people like you who care about a common good: to ensure that balanced and responsible coverage of Israel continues to be freely available to millions of people around the world.

Of course, we’ll remove all ads from your page and you’ll unlock access to great community-only content. But your support gives you something deeper than that: the pride of joining something that really matters.

Join the Times of Israel community

Already a member? Log in to stop seeing this

You are a dedicated reader

We’re really glad you read X Articles from The Times of Israel over the past month.

That’s why we started The Times of Israel ten years ago – to provide discerning readers like you with must-read coverage of Israel and the Jewish world.

So now we have a request. Unlike other media, we don’t have a paywall in place. But since the journalism we do is expensive, we invite readers to whom The Times of Israel has become important to help support our work by joining The Times of Israel community.

For just $6 a month, you can help support our quality journalism while benefiting from The Times of Israel WITHOUT ADVERTISINGas well as access Exclusive content only available to members of the Times of Israel community.

Thanks,
David Horovitz, founding editor of The Times of Israel

Already a member? Log in to stop seeing this