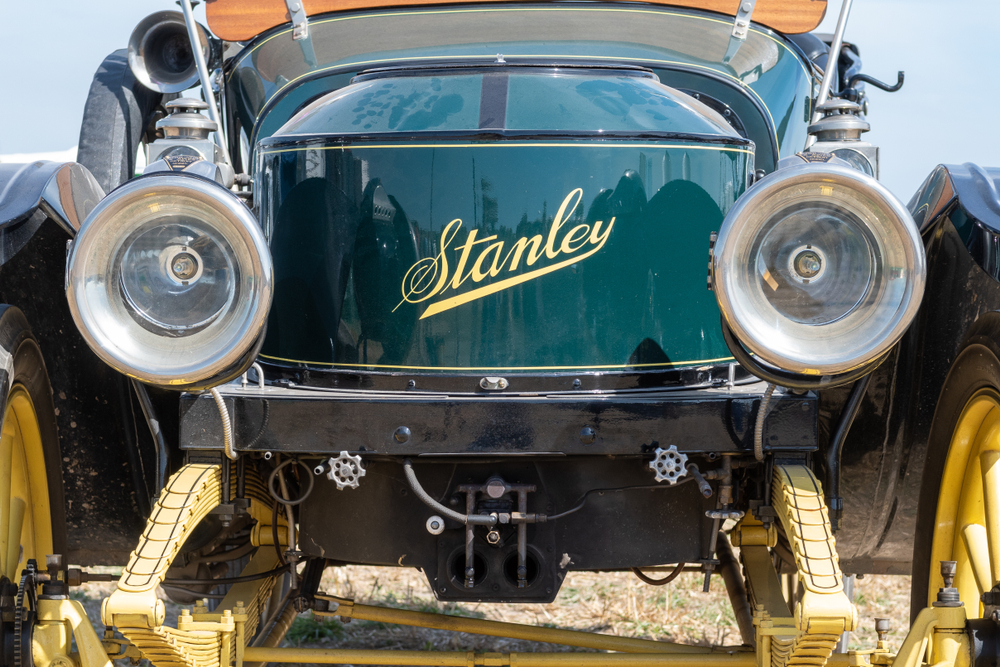 Five inventors killed by their own creations

In 1785, French chemist, engineer and aviation pioneer Jean-François Pilâtre de Rozier attempted to cross the English Channel in a balloon he designed. It was an experiment, using both hydrogen and hot air to propel the balloon. Unfortunately, Rozier was killed when the balloon caught fire and crashed. Other scientists and inventors died from the results of their own labors. For example, Marie Curie died of aplastic anemia, resulting from years of radiation exposure. Thomas Andrews, the principal designer of the Titanic, sank with the ship on her maiden voyage. In honor of Inventors Day on February 11, let’s look at five inventors who lost their lives to their own creations.

Having already invented a lathe cutting machine, a cotton press, a seed drill and a grain drill, William Bullock turned to printing. the rotary press already existed, but Bullock made significant improvements on the original design, which became the rotary press. Allowing large rolls of paper to be continuously fed into the machine, the press then folds and cuts the paper. In 1867, he was working on a press that was installed at the Philadelphia Public Ledger newspaper. A belt came loose from a pulley, and instead of turning the machine off to fit ix, Bullock kicked it in an attempt to get the belt back in place.

His the foot and lower leg were stuck and mutilated by the machine. Even though surgeons tried to save his leg, Bullock would eventually develop gangrene. He was taken back to surgery to be amputated, but died during the procedure.

A lawyer, legislator and merchant, Hunley joined engineers James McClintock and Baxter Watson in the innovation of designing (and financing) a submarine. In 1864, HL Hunley became the first combat submarine to successfully sink a warship, USS Housatonic, a Union ship that came under attack in Charleston Harbor during the Civil War. Despite this feat, the HL Hunley sank before she could return safely. During a dive, the front of the vessel got stuck at the bottom of the harbour. All eight people on board died, including Hunley.

While Thomas Midgley Jr. was certainly a brilliant inventor and scientist, his legacy is tarnished because his work led to harmful environmental impacts. He came up with the idea of ​​adding tetraethyl lead to gasoline, as a solution to engine knocking. While effective, it was also a toxic pollutant that damaged emissions control equipment. Then he synthesized what we would come to know as Freon to use as a refrigerant. This led to the expansion of the use of chlorofluorocarbons (CFCs), which caused immense damage to ozone. But Midgley Jr.’s death was unrelated to his chemical creations. Midgley Jr. contracted polio, which resulted in paralysis below the waist. He didn’t like having to be lifted to get in and out of bed and was working on finding a better way. He created a complex system of pulleys to get himself out of bed, which worked. However, one fateful day he was caught in the device and was strangled to death.

While working on the Manhattan Project in Los Alamos, physicist and chemist Louis Slotin tragically fell victim to his own experiment. He was showing his colleagues how to join two halves of a domed plutonium core together. The experiment was called “tickle dragon tail.” He had done this before, but this time the screwdriver he was using to separate the halves slipped. This caused the two parties to touch each other, causing a critical reaction. Slotin felt immediate effects of the radiation that was released – including a burn in the hand and a bitter taste in the mouth. He deteriorated in hospital, suffering internal burns, mental confusion, blisters and swollen hands. Eventually, all of his bodily systems collapsed and he died, aged 35. Before Slotin’s death, his colleague, Harry Daghlian is dead from radiation poisoning of the same nucleus. He was building a shield around her with tungsten carbide bricks when he dropped one on top. This caused a critical reaction and he was exposed to a lethal amount of radiation. After Slotin’s death, scientists began calling the core “The Demon Core”.

Together with his twin brother, Freelan Oscar Stanley, Francis Edgar Stanley established the Stanley Dry Plate Company. Their business of manufacturing dry plates for photography flourished, earning $1 million a year in the late 1890s. They then created the famous Stanley Steamer automobile. This car was known for its speed and in 1906 the “Rocket” version set a record of 127mph. Car orders poured in and the Stanley Motor Carriage Company was a huge success. Eventually electric starters and gasoline engines grew in popularity and the steam engine fell out of favor, and the company closed in 1924. Several years before the company closed, Francis Stanley lost his life. In 1918 he was driving one of his own cars while in Massachusetts. He swerves to avoid an obstacle, causing his car to overturn and hit a pile of wood. Seriously injured, he died on the way to the hospital.

Chipotle is heading to a small town near you