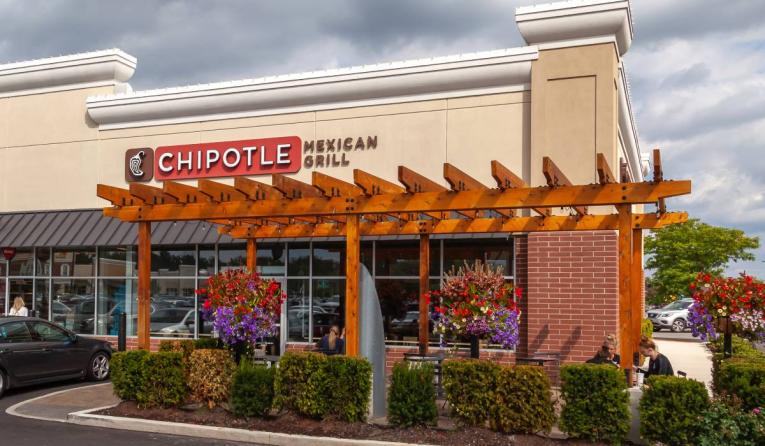 Chipotle is heading to a small town near you

Chipotle’s 2021, the COVID dynamics and all, marked the end of an era. The brand has moved from a recovery phase to a phase of sustainable growth, CEO Brian Niccol said on a conference call on Tuesday. The top: 1,000 more restaurants in North America.

Chipotle now believes it can operate at least 7,000 stores, up from 6,000 previously planned and a canyon away from the vibe that hugged the brand when Niccol joined in winter 2018, taking over from founder Steve Ells. For Wall Street juxtaposition alone, Chipotle was trading at $314.72 on Feb. 1, 2018. On Wednesday, the mark hit $1,562.26 by mid-morning.

Why Chipotle raised its growth ceiling thanks to current performance, continued expectations, but also something more visible. In recent years, the success of the small town of Chipotle has opened up the map. Niccol said these restaurants offer “equal or better” unit economy than traditional locations. They also lend themselves to the “Chipotlanes” branded advance pickup window, which continues to outperform units without them. They produce higher volume, embrace digital (namely the higher-margin takeout opportunity), and generate cash returns in the range of 65-70% within a few years.

Smaller towns in Chipotle generally open with higher margins, Niccol said, because the cost of lease is lower. As stated, there is no compromise on volume. “Actually,” he said, “it’s probably an outsized number, call it revenue or sales.”

So fixed costs are reduced, and Chipotle also becomes “an employer they want to be a part of,” Niccol added. There is a high success rate in staffing.

Niccol said North America has “hundreds” of them that the brand can easily find and build. Chipotle talks about cities with more than 40,000 inhabitants, which is not tiny, but “small” according to the brand’s historical marks. And CFO Jack Hartung added that Chipotle could get smaller if it’s on a freeway or something similar.

“But I think the key is that these are restaurants that aren’t in a metropolis,” he said.

One thing Chipotle will be keeping an eye on, however, is making sure its footprint doesn’t stray too far. Hartung said they wanted to avoid a scenario where field leaders have to travel, say, 300 miles to get to a remote location. They prefer to replenish small towns where there is one 50 miles away and another 50 miles away, he said. “You string them together so that a leader in the field can, over several days, make sure that they connect with these restaurants, develop leadership in these restaurants from a financial perspective,” Hartung said. “And to bring a special dining experience to small towns is a home run.”

Chipotle is on the right track. The brand opened 215 new restaurants in fiscal 2021 and 78 in the fourth quarter alone, 67 of which included a Chipotlane. For the full year, 81%, or 174, demonstrated the feature, and Chipotle ended the schedule with 355 system-wide, including 11 conversions and 11 relocations.

The brand plans to market 235 to 250 restaurants in 2022, and more than 80% of them will be equipped with a Chipotlane. Orientation includes five to 10 relocations to add one.

READ MORE: Inside the rise of the game-changing ‘chipotlane’

Going further, Niccol said the chain is building a real estate pipeline that will allow it to accelerate unit growth by 8-10% per year, with more than 80% of new restaurants offering the pickup window.

Chipotle’s all-corporate system enjoyed a robust new round of performance, even with omicron margins and pressures complicating the picture. Total revenue in 2021 increased 26.1% to $7.5 billion. Same-store sales increased 19.4% and digital sales increased 24.7% (45.6% of business).

For reference, Chipotle’s full-year digital sales of $3.4 billion are almost three and a half times what they brought in pre-COVID in 2019. And that’s despite the fact that two-thirds of customers still use the restaurant as their exclusive channel, says Nicol. The group using both digital and the store remains relatively small. “I think if we get these people to have a really positive experience using the rewards program, that’s just a huge unlock for what the rewards program can become,” Niccol said. On that front, Chipotle now has more than 26.5 million loyal members. It boasted 8.5 million in February 2020.

Also consider, as of December 31, Chipotle had $1.4 billion in cash, investments and restricted cash, and no debt, as well as access to a $500 million untapped credit facility. dollars.

Niccol said opening 215 restaurants in a pandemic landscape “was not an easy thing”. Part of the challenge, as is the case across the country in industries of all kinds, especially those that rely on hourly work, was staffing. How will this play into the 7,000 goal?

Niccol said the expansion of Chipotle’s labor pool goes hand in hand with its number of units. In 2021, 90% of the brand’s restaurant management roles were promotions from within. This represents approximately 19,000 people. “The reason it’s important is that it’s much easier to prepare for 300 openings when you’re working on the basis of 3,000 or 4,000. [restaurants]”, Nicol said. “Or however many openings we want to achieve, the bigger our base, the more talent we can develop. And I think we are demonstrating that we can develop that talent with the fact that we just promoted 19,000 employees. So they will stay with us. They will grow with us. They are excited about the growth opportunity.

The brand suffered a labor cost decline of 100 basis points in the fourth quarter, up 26.4%, as it raised the national average wage to $15 an hour in May.

Chipotle has offset the cost, as well as commodity pressures (namely, beef inflation and freight, to a lesser extent), with a menu price increase in December that brings it to around $10. %. Niccol said Chipotle may accept additional prizes if costs do not come down. “It’s really the last thing we want to do,” he said, “but we’re lucky we can do it. And we don’t see any resistance so far with the levels we are currently at. … The chicken burrito for most parts of the country is still under $8. The chicken bowl is still under $8. And that’s phenomenal value.

Chipotle is implementing a new digital scheduling program and upgrading its learning management portal. The first uses artificial intelligence and analytics that examines real-time metrics and helps employees prepare accordingly. “We should then end up in a scenario where we don’t run out of guacamole at the end of the day, should we?” said Nicol.

“How do we help our team members know when to cook more chicken throughout the day,” he adds. “When to make guacamole and how much guacamole to make after lunch because we want to be in the Chipotle business from opening to closing.”

Niccol said Chipotle is exploring technology, whether robotics or automation, that takes away “jobs that people frankly don’t like to do.”

As Chipotle grows, it also plans to help marketing with a cadence of two to three new menu items per year. In 2021, there was cauliflower rice, quesadillas and smoked brisket. Plant-based chorizo, which Niccol says has “got off to a great start,” kicked off the current year. Pollo Asado, Chipotle’s first chicken innovation in the chain’s 28-year history, is on deck.

“As I’ve said before, challenges create opportunities, and we’re now in a much stronger competitive position than two years ago,” Niccol said.

Five inventors killed by their own creations