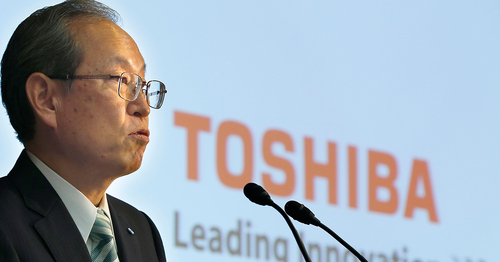 The sudden resignation of Toshiba CEO Satoshi Tsunakawa proved to be a baptism of fire for new chief Taro Shimada, who was most recently the company’s chief digital officer. Tsunakawa left just three weeks before the March 24 special meeting of shareholders to try to end a four-year rift between Toshiba and hedge funds aligned with activist investors.

With an engineering background, Shimada joined Toshiba from Siemens in 2018 to bolster the Japanese conglomerate’s digital transformation initiatives. He brought nearly three decades of experience, including periods involving aerospace and automotive hardware development, precision machinery design as well as the development of project lifecycle management platforms.

While his tech credentials are impeccable, a big question remains whether Shimada’s leadership experience in Europe and the United States will help him upgrade one of Japan’s oldest and largest companies in a world where activist shareholders dominate turnaround plans.

Shareholders rejected a proposal to split the company into three in February. At the March meeting, they rejected Toshiba management’s plan to split the company in two as well as a proposal from its second largest shareholder, Singaporean fund 3D Investment Partners, to reopen talks with capital firms -investment and other investors regarding a possible take -private agreement.

Shimada now has the freedom to offer his solution to break this impasse. During the press conference announcing his appointment, he stressed the importance of communicating as equals and the ability to “step into someone else’s shoes”.

Toshiba shares rose on reports that private equity talks had begun, so it looks like Shimada is already learning to walk in those shoes.

Some of the company’s major investors are expected to appoint their representatives to Toshiba’s board of directors at the annual shareholders’ meeting in June, to force Toshiba to seek private equity buyout offers.

Shimada’s plans to breathe new life into Toshiba provide a litmus test of how Japanese corporate boards work and could improve Toshiba’s reputation, which has been tarnished by mismanagement and an accounting scandal.