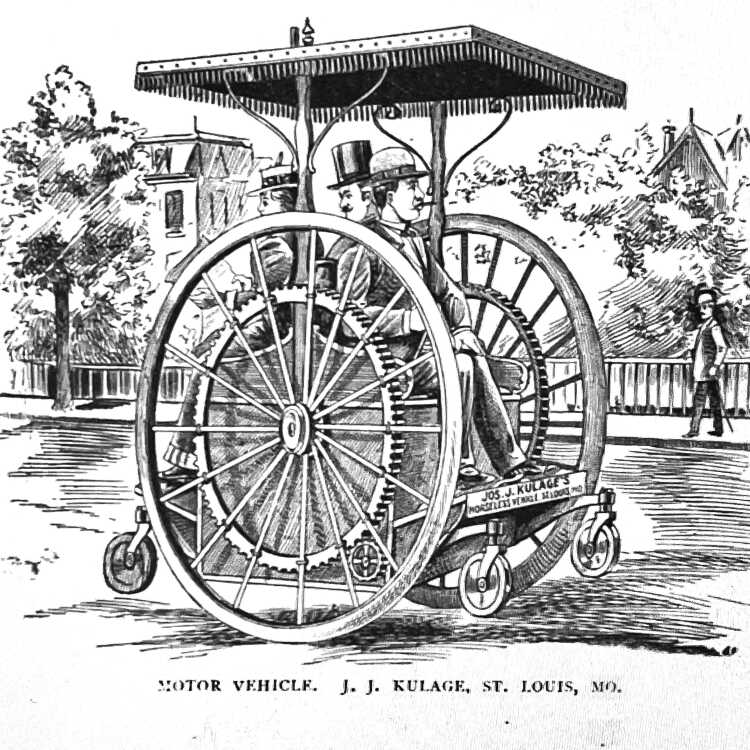 I guess there are always those things in a person’s life that mark a major change in how tomorrow’s world will work in the future. I remember my grandmother remembering seeing her first talkie when she was a child and my mother remembering putting their first television in their house. I guess I can tell my future grandkids about the first cell phone I carried that was the size of a small suitcase.

I had the same realization when we installed the first public charging station for electric cars in downtown Cape Girardeau in the Century Casino parking lot. The world is changing again and the new normal will be filled with electric modes of transport.

For more than 120 years, the internal combustion engine has dominated, but are we about to see this reign finally come to an end? And what does that mean for everything we associate with the automobile as we know it? Will the gas station go in the direction of the hitch station?

It’s probably something that will spark as much heated discussion as the potholes caused by those same automobiles. Some will agree that electric cars are the future, while others will disagree.

Perhaps the best perspective on our future can be found by watching those who pondered these same questions in the face of another dramatic change: the end of the age of the horse.

The newspapers of the mid-1890s were filled with predictions of the future and reports of new inventions that could change everyday life. Many of these reports included self-propelled modes of transportation. At the time, the terminology was still unclear and creative suggestions were made for the names of these new inventions.

The ‘horseless carriage’ became the popular term, but before that time other suggestions included the ‘pedalless vehicle’, ‘electric horse’, ‘locomotor’ or ‘automatic truck’.

In August 1895, the Marble Hill newspaper published an article which also appeared in several other newspapers of the time. The first line read: “No suitable name for the horseless carriage has been found.” The term “motorcycle” – no “r” in this one – has been suggested, as well as “autocycle” or “selfwheeler”.

At that time, few people in the United States had ever seen a horseless carriage, but it was widely predicted that they would soon replace the horse-drawn “cabs” and “Victorias” of the day – terms that used to be common for cars that have now been rendered obsolete.

Technology had not yet advanced to the point of determining the dominant propulsion types. In the early days, the suggested motive for the device varied from steam to electric battery, heated steam, or compressed gas. Various fuel sources were considered, including acetylene, ether, kerosene, naphtha, oil, and even dynamite. An inventor designed a vehicle that used spring energy – visualize a giant wind-up toy – then added an electric motor to wind up the spring.

Horseless Age, the leading industry publication of the time, suggested that the term “engine” be used for these new vehicles and that “engine” be reserved for more industrial applications.

Early carriages and wagons, mostly from similar efforts in Europe, were powered by electricity or steam. Even as we see electric power as the future, as early as 1895 claims were made that horseless electric cars were being built that could travel faster than a horse-drawn cart. Another claim of the time was a machine capable of traveling 180 miles without having to recharge the electric battery.

The main obstacle discussed seemed to be the siting of power stations along the roads. A newspaper reported: “It is likely that we will soon see these power stations replacing today’s water troughs.

Others have suggested that electric batteries could be continuously charged from a wire suspended overhead, or that a wire or rail on the road itself would be fed to power the machine. In this case, new wired or electric routes would be required.

The most practical approach seemed to be the use of electric storage batteries which could be charged by occasionally stopping and connecting to a wire from a nearby telephone or telegraph line. Some inventors already claimed to have invented a motor capable of recharging its own storage battery during descents.

Others moved away from electric power, and some suggested that the horse was still the best way to power new machinery. Similar to how the bicycle was invented to use the human body to propel itself more efficiently, these inventors felt that a similar approach could be taken with horses. Without suggesting that a horse could ride a bicycle, the inventors suggested a mechanism in which the horse could be lifted off the ground and used to generate power for the machine. It has been claimed that with the right gearing, great speed can be achieved.

Even though the power mode was established, other ideas emerged as to how the machine would move most efficiently. While some suggested wooden or steel wheels, others suggested wheels with a pneumatic tire. Another idea was the Steel Wagon Road, a steel rail about five inches wide and shaped like a gutter, which would certainly be preferred over a dirt or even brick-paved road. The inventor claimed that the steel rail was 20 times more efficient at rolling on the ground and suggested that city streets and farmhouse rows would all have steel rails in the future. He predicted that the horseless wagons used on the rails would be made of aluminum and that the invention would revolutionize agriculture.

Most realized the importance of road development early on. First-class road construction was a necessity in the development of the horseless carriage.

Other concerns were also quickly addressed, including an inventor announcing the arrival of the hitching post for the horseless carriage. The device was called a “hitch rope” and the inventor claimed that no vehicle should be without it. It was simply a wire rope with a padlock to properly secure a horseless carriage. “With more people learning to use the machines, it’s not wise to leave one unattended on the street,” he said.

Another question arose as to what word could be used to describe a private collection of automobiles or a place to house them, something equivalent to a “stable” of horses. Several suggestions were given, such as “autobarn”, “motorome” or “motorden”, or even “motorium” or “motorshed”. The French word “garage” was rejected, it was claimed, because it was already used as a place to repair an automobile.

Even more forward-thinking thinkers of the time were already describing the future of horseless carriages capable of flying through the air, calling them “sky engines” or “airships.”

The whole discussion of new machines has not been without controversy. Early in 1899, a newspaper in Caruthersville, Missouri, commented on those who claimed that the horse was about to become a thing of the past in that town – “‘auto’ inventors give us more invention and less talks!”

A newspaper warned that mankind would suffer greatly because of these new inventions, and it was claimed that timid people would shun the streets because of the machines. The tinkling of bells on bicycles, it was predicted, would soon be replaced by the loud roar of engines. Some spoke more directly of the “ills of the automobile” and by this time some reported that there was already evidence of the many illnesses resulting from automobile wagons.

Conflicting opinions about new machines led a Jackson newspaper to report in 1906 that owning an automobile was “a good way to become unpopular”. Whether unpopular or not, over the next decade the automobile became the preferred mode of transportation. The same will likely be true for electric vehicles over the next decade. I guess the only way to know for sure is to keep this log until 2032, then check to see if terms like frunk, regen, and RPH have replaced trunk, gas cap, and MPG.