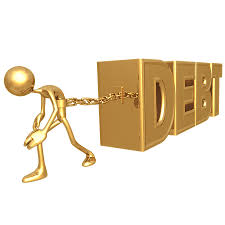 Barcelona (Copywriting / Agencies) .- The European Union is ready to help Ireland. As it happened a year ago with the rescue of Greece so that it could leave its situation of bankruptcy, now it is the Irish economy that is putting at risk the so-called peripheral countries or southern Europe, such as Spain, which have seen hit hardest by international investors due to the weakness of assuming a qualified high risk debt.

The Irish government insisted today that there is no loss of sovereignty over its fiscal policy and that it does not need economic help from the European Union (EU) to get out of the crisis, despite the fact that the risk premium on its public debt reached historic levels, informs EFE.

The debt markets today fixed interest on Irish 10-year bonds at 8.90 percent – on Wednesday they reached 8.95 percent – raising their risk premium, that is, their differential. with the German reference bonus in about 6 percentage points (600 basis points).

Thus, while Germany pays barely three percent for the debt it issues, Ireland has to raise its interest almost up to nine percent for investors to buy their bonds.

According to a spokesperson of the Ministry of Finance, Ireland “is in a position to pay its debt”, as evidenced by the fact that it will issue government debt next year to “refinance” the public coffers.

The distrust of the markets in Ireland, explained the source, is due to the uncertainty that surrounds certain “peripheral European economies” about their capacity to pay the high interests that accumulate their debts.

Earlier this week, the European Commissioner for Economic and Monetary Affairs, Olli Rehn , said in Dublin that the budget cuts expected by the Irish Government to comply with the EU guidelines could be renegotiated depending on the growth of its economy in the coming years.

Rehn hinted at this possibility in the course of several interviews with the leaders of the Irish opposition, with whom he analyzed the general state budgets for 2011 , considered the hardest in the history of Ireland and whose goal is to cut 6,000 million euros of its public deficit, double what was estimated a year ago.

This figure is part of a broader plan of the current Irish Executive, which seeks to reduce the public deficit to 3% of the Gross Domestic Product (GDP) in the next four years from the current 14%, the highest percentage in the European Union (EU).

By then, in 2014, the Government of Dublin expects to have imposed some adjustments with which it trusts to save up to 15,000 million euros, almost twice what was anticipated, a situation that worries the opposition because of the social consequences that could result.

EU help
The president of the European Commission, José Manuel Durao Barroso, said today that the EU “is monitoring the situation” that is going through Ireland and that it has the necessary mechanisms to act if necessary.

Barroso, who is in Seoul to participate in the G20 summit, referred to the alarm that has emerged today in the debt markets after the Irish 10-year bond spread reached 600 basis points, a record high.

“What is important to know is that we have the essential instruments in the European Union and the euro zone to act if necessary, but I will not go into speculation,” he said in a press conference, in which he was accompanied by the President of the European Council, Herman Van Rompuy .

Barroso indicated that the European Union “supports” the measures being taken by the Government of Ireland to deal with the situation.

This is an almost unsustainable level, which puts Ireland on the verge of a rescue. Behind were Greece, Portugal and Spain , where the differential they have to pay on German bonds also shot up.

All of them are now at levels higher than those of last May, when the EU was forced to announce a rescue plan for bankrupt partners with the idea of ​​calming the voracity of the markets. The Spanish differential is now around 210 basis points.

This means that while Germany offers a return of 2.4% to buyers of 10-year bonds, Spain has to offer 4.52%. Much worse is Greece, with a premium higher than 900 basis points, and Portugal, with 465.

The bad news in the debt market dragged the stock markets around the world, which closed in red. The Spanish Ibex was among the most punished, with a 1.7% drop. To make matters worse, the investment bank Goldman Sachs yesterday called for a rescue plan for Ireland and Portugal to the European Stability Fund.

The idea is that this mechanism would solve the current market tensions and avoid contagion, according to a bank report.

“The likelihood that Ireland and Portugal will see themselves in a restructuring program designed by the International Monetary Fund has recently increased,” says Goldman’s head of strategy.

In relation to the latest assessment of the ‘critical’ economic situation in Ireland and how it affects Spain, Dufeil stressed that both countries have been “very spoiled children” by the EU’s cohesion policies, which is reason enough for the two countries are more affected by the global crisis than the other countries of the Union.

Although he did not want to make reference to the financial aspects of this last alert of the “Celtic tiger” and its consequences in Spain, he recalled that the growth in our country since the nineties until now has been “very good, but fragile”.

In his opinion, “the legs of growth” in Spain have been the support of the EU, brick and tourism.

In this sense, it has exemplified that when Spain loses 1% of growth, it loses 1.6% of employment, while when Germany loses the same point in growth, employment only decreases by 0.25%.

This confirms that the labor structure of Germany is stronger and resistant to the crisis than that of Spain, that is why “the structural funds, in agreement with the national government, have to intervene, so that Spain, as a country in transition of an economy almost underdeveloped to a modern economy, invest in knowledge, technological competence and innovation, “according to Dufeil.

However, the member of the Commission recognizes that “there is no magic recipe” and it is not easy to achieve the three previous aspects, but they are necessary to “strengthen the labor structure and that jobs resist in times of crisis”.

Convergence in the Spanish regions
Regarding the aid to the poorest regions of Spain, Dufeil has stated that as of 2014 they will only remain in Extremadura, as it is expected that until that year Andalusia, Castilla-La Mancha and Galicia have already overcome “successfully” the threshold of the poor regions, which stands at 75% of GDP. As a target for 2020, the European Commission expects that between 2014 and that year, Extremadura has managed to overcome the threshold and be outside the poverty zones.

How does a debt reunification work?